As the small screen in your pocket increasingly becomes the one you see most often, mobile technology is playing catch-up to make sure you get the full cinematic impact of every new film and TV show, even if you're watching on the bus.

Recent research from Deloitte shows a threefold year-on-year increase in the number of Australians streaming films and TV shows to their smartphones, with approximately one in five people doing so regularly in 2017.

Sony Mobile's Australian managing director John Featherstone says consumers are now accessing content on their commutes that would once have only been available in a cinema, which is probably why — also in 2017 — flagship phones across the board began to embrace display technologies originally designed for massive screens. 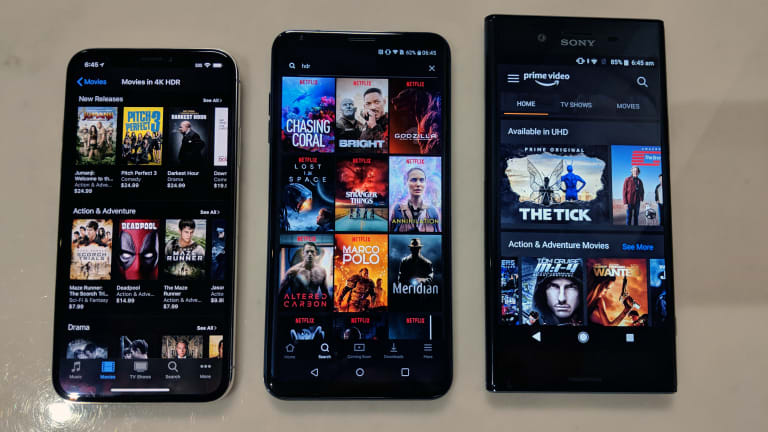 "As an ‘always on society’ we tend to take pockets of time whenever we can; usually during our commute to relax and catch up on our favourite TV series, podcast or game," Featherstone says, explaining that consumers demand technological advancements that "elevate the emotional and sensory experience of consuming content on the go".

"HDR is one such technology, that was a natural evolution from TV to smartphone".

"We have collaborated with B&O PLAY for our last two flagship phones to deliver a heightened audio experience. We’ve incorporated OLED screens for mobile, giving users a great viewing experience", he says.

Yet while it's true that many mobile devices now offer similar display technologies to the big 65-inch TV that may be sitting in your lounge, you can't exactly insert a UHD Blu-Ray disc into your iPhone. And after revisiting several such phones that are already on the market and giving their cinematic chops a test, it's clear content delivery and consistency is the biggest hurdle.

High dynamic range on the go

When it comes to video, HDR (or high dynamic range) refers to technologies that boost colour and contrast beyond what's been posible in the past. This doesn't just mean brighter or more colourful images, it means sharper, more true-to-life images that can contain bright highlights without sacrificing detail. On a TV, this can mean a dark, fully-detailed scene with a bright torch light cutting through for a powerful effect. But on mobile, the lower peak brightness and smaller screen size means it's mostly about making your videos look sharper and the colours more distinct and accurate. It's a subtle effect, but it makes a big difference.

Confusingly, devices can use a variety of techniques and media formats to achieve HDR, but unless you plan to load videos onto your device manually with your own files, all you really need to know is which phones are supported by which apps. YouTube offers limited HDR content on essentially every Android phone with a HDR capability (and even, thanks to some software trickery, on its Pixel phones that don't otherwise do HDR), while Netflix and Amazon's Prime Video — the two main providers of streaming HDR content on Android — are a bit pickier in the devices they support. 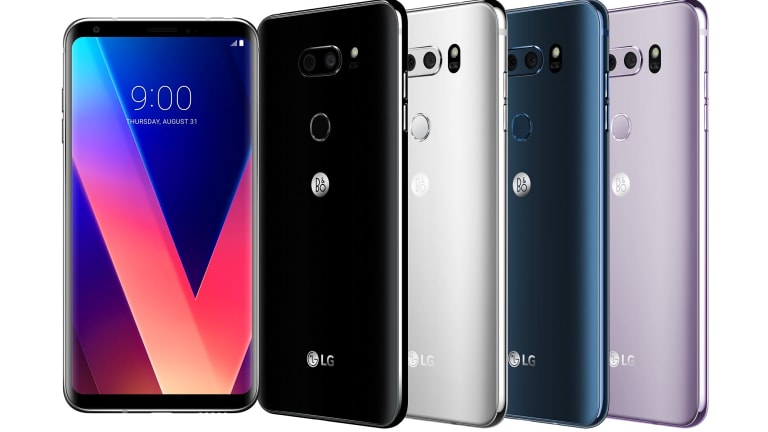 LG was one of the first manufacturers to embrace HDR, with last year's G6 supporting both the HDR10 standard and the fancier Dolby Vision (which allows for much more nuanced contrast control). In terms of app support, Netflix is really the only place you'll find Dolby Vision content, and it looks good on the G6, but the company's subsequent V30+ phone is a better choice for HDR, even if it doesn't do Dolby. The V30+ has a bigger, OLED screen that really makes Netflix HDR content pop.

Samsung is a confusing case because all of its phones since last year's Galaxy S8 have HDR capabilities, but app support is all over the place. Only the Note8 phablet is officially supported by Netflix, while Amazon's Prime Video supports HDR on the S8 and S8+. The 2018 S9 and S9+ are not listed as supported on either service.

The latest Apple iPhones are great places to watch HDR content, with the iPhone 8, iPhone 8 Plus and iPhone X all supporting Dolby Vision on Netflix. This makes the iPhone X the only phone capable of Netflix Dolby Vision on an OLED screen, and combined with the phone's "true tone" colour adjustment it makes for some superb viewing. 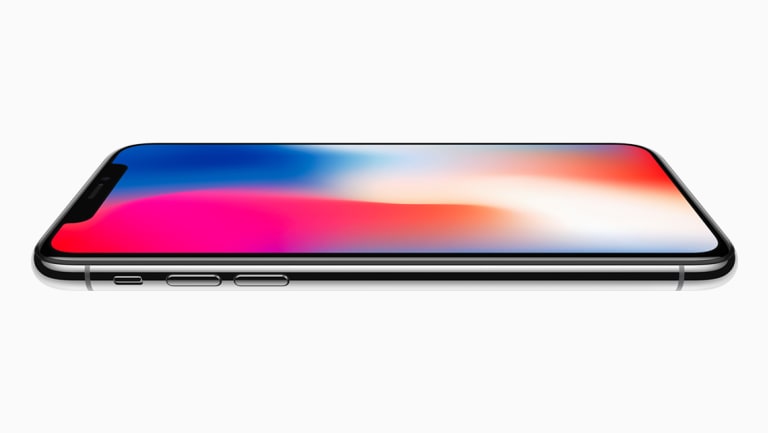 The iPhone X is one of the only places to get Dolby Vision on the go.

Watching the latest and greatest films and TV shows on an iPhone has its pros and cons. On the one hand, the iTunes store is a great source of HDR content and gives you an avenue to download stuff you might not be able to find on Netflix or Amazon. Until Google enables HDR in the mobile version of its Play store, that's a big advantage. On the other hand, if you have your own video files you want to watch on the device, it's going to be much tougher than it is on either of the above Android phones, and Google does not allow HDR through YouTube on iOS.

Of course in a home environment, HDR panels usually appear on 4K screens, allowing for the highest possible contrast and resolution. All the phones listed above have resolutions in excess of 1080p, the standard for HD video, but fall short of full 4K. There is currently only one phone on the market with a 4K HDR screen: Sony's Xperia XZ Premium.

Playing a 4K HDR video off a microSD card, the image on the XZ Premium looks sharper and more vibrant than on any of the other phones here, helped along by the refined image processing software borrowed from Sony's TVs. It is a touch disappointing that the screen — at around 5.5-inches — is smaller than the rest (especially if you're watching something with those cinematic black bars), but the pixel density is so insane that you can hold the phone pretty close.

App support is the biggest hurdle to enjoying 4K on your commute with the XZ Premium. You get HDR in Netflix and YouTube, but only at 1080p. New releases from Google Play are, again, plain HD and not HDR. Only Prime Video streams in 4K HDR, assuming your internet connection is robust enough. It looks awesome, but with file sizes in excess of 6GB per hour you'll need a very good data plan.

Sony is currently preparing the Australian release of the Xperia XZ2, which sports a bigger screen and keeps HDR compatibility, but drops the 4K. There is a Premium variant of the XZ2 in the works, with full 4K HDR, but Australian availability has not yet been announced. The XZ2 line is also the first phone to offer video recording in 4K HDR, so users can create their own content, even if they can't find any on Netflix.