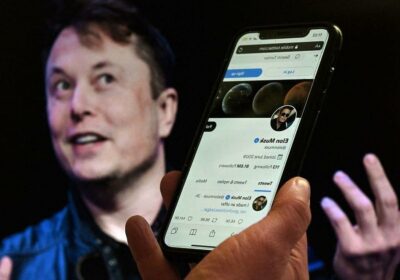 Elon Musk filed a lawsuit against Twitter on Friday—after it sued him for backing out of a £36bn ($44bn) deal to buy the company.

Musk announced in April that he would buy Twitter and make it private but, after signing a deal, accused Twitter of lying about spam bots on its platform.

Musk then cancelled the deal and Twitter sued him in an attempt to force him to go through with it.

READ NEXT: Cafe chain offers free coffees and pastries to apologise for 'spying' on customers

Staff said the firm has become a 's**T show* and that Musk 'trashed' the company with the failed deal.

Twitter's lawsuit, filed with Delaware County Court, read: "Musk refuses to [honour] his obligations to Twitter and its stockholders because the deal he signed no longer serves his personal interests.

"Having mounted a public spectacle to put Twitter in play, and having proposed and then signed a seller-friendly merger agreement, Musk apparently believes that he—unlike every other party subject to Delaware contract law—is free to change his mind, trash the company, disrupt its operations, destroy stockholder value, and walk away."

Musk is now suing them back, with a five-day trial set to begin on October 17.

Although the details of his lawsuit remain confidential, he has been highly critical of Twitter in recent months.

He originally said he wanted to buy Twitter to champion free speech but then quickly became critical of the platform claiming it was plagued with spam bots.

According to the BBC, Twitter spend £27m ($33m) in three months on Musk's deal, and there's still a billion-dollar termination fee up for grabs, meaning big money is at play in the upcoming court cases.