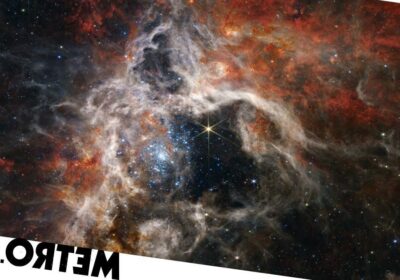 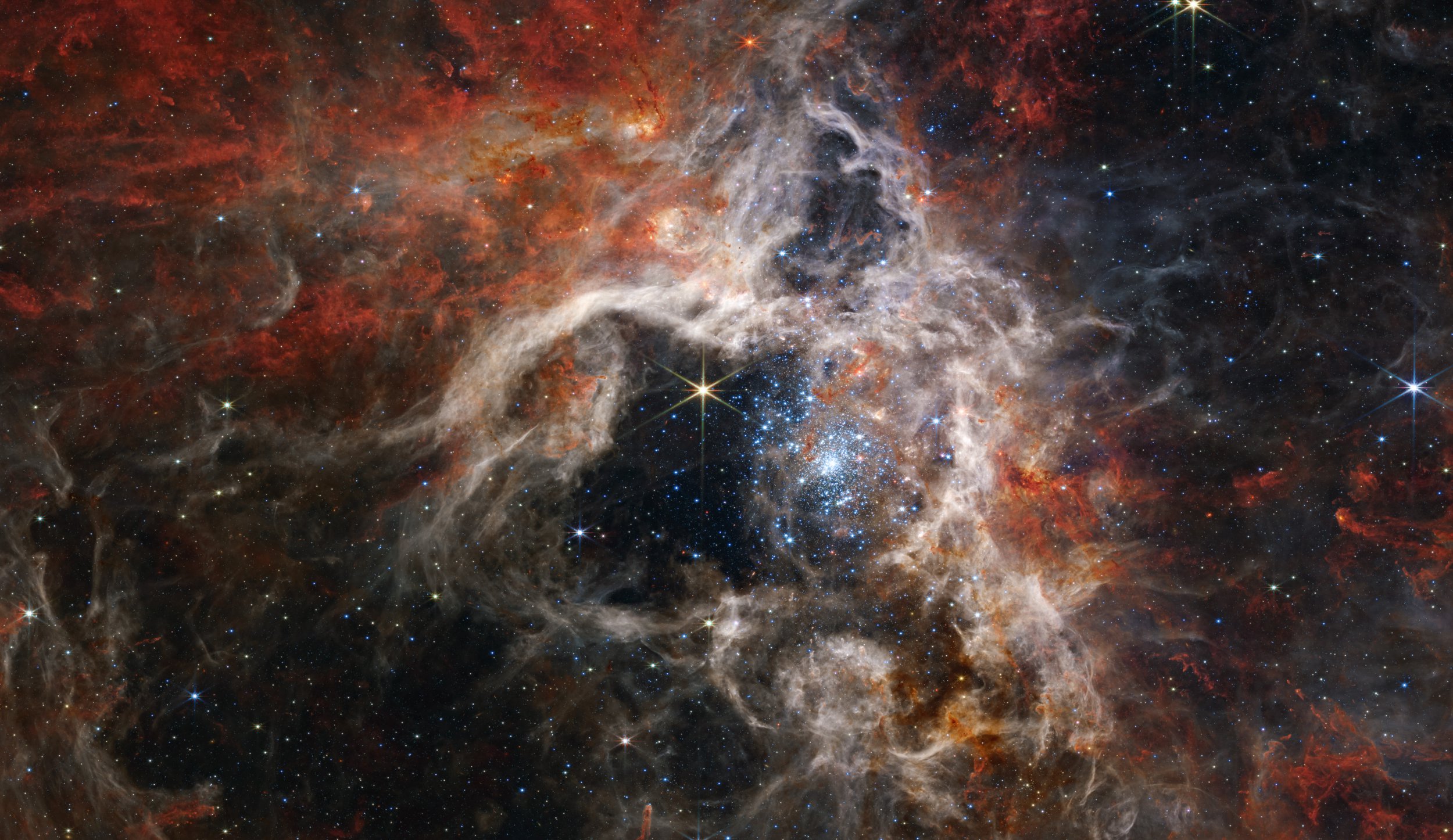 The nebula called the ’30 Doradus’, has been pictured containing dusty filaments in previous telescope images. The Webb images provide a sharper glimpse of the same.

Astronomers focused three of Webb’s high-resolution infrared instruments on the region that resembles a tarantula’s web.

‘The nebula’s cavity centered in the NIRCam image has been hollowed out by blistering radiation from a cluster of massive young stars, which sparkle pale blue in the image,’ said Nasa in a statement.

‘Only the densest surrounding areas of the nebula resist erosion by these stars’ powerful stellar winds, forming pillars that appear to point back toward the cluster. These pillars contain forming protostars, which will eventually emerge from their dusty cocoons and take their turn shaping the nebula,’

The Tarantula Nebula has long been a favourite for astronomers studying star formation. In addition to young stars, Webb reveals distant galaxies in the background, as well as the detailed structure and composition of the nebula’s gas and dust.

At only 161,000 light-years away in the Large Magellanic Cloud galaxy, the Tarantula Nebula is the largest and brightest star-forming region close to our Milky Way.

According to Nasa, it is home to the hottest, most massive stars known. The region takes on a different appearance when viewed in the longer infrared wavelengths detected by Webb’s Mid-infrared Instrument (MIRI).

One of the reasons the Tarantula Nebula is interesting to astronomers is that the nebula has a similar type of chemical composition as the gigantic star-forming regions observed at the universe’s ‘cosmic noon’. That’s when the cosmos was only a few billion years old and star formation was at its peak.

Star-forming regions in the Milky Way don’t produce stars at the same furious rate as the Tarantula Nebula, so that makes it the closest example to study what was happening at the beginning of the universe.

Webb will provide astronomers with the opportunity to compare and contrast observations of star formation in the Tarantula Nebula with that of distant galaxies from the actual beginning of the universe.

What is a nebula?

A nebula is a giant cloud of dust and gas in space. Some of them come from the gas and dust thrown out by the explosion of a dying star, such as a supernova. Others are often star-forming regions where new stars are beginning to form.