Home » Technology » What to do when you need a TV for a mansion, resort or superyacht

What to do when you need a TV for a mansion, resort or superyacht It's pretty scary when you look down a pricelist for televisions and find one for 662,000 euros, or somewhere vaguely north of a million bucks. What's even scarier is finding that the next telly on the list is marked 'price on request'.

C Seed specialises in tellies designed for the decks of superyachts, for the grounds of $5000-a-night resorts and for the living rooms of people who have enough space for a telly that's wider than the great bulk of living rooms, indeed wider than a significant number of homes. But what caught my eye was the neat technology behind them. 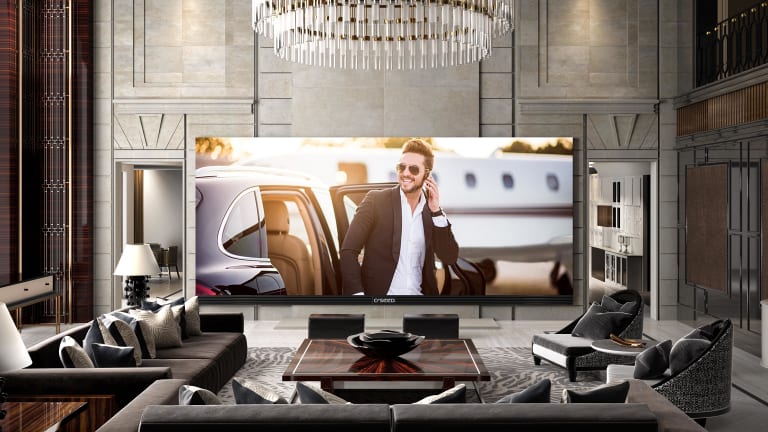 Every palace needs a big TV.

The really tricky technology comes with the screens designed for outdoors and for the superyachts. In this case they're made up of five to seven vertical segments that concertina together, at the touch of a button on the remote, and then retract into the ground (or deck, if you're an Onassis). They're a smidgin smaller than the solid indoor screen, with a screen size of just 201 inches, or 5.1 metres, but they are weatherproof. 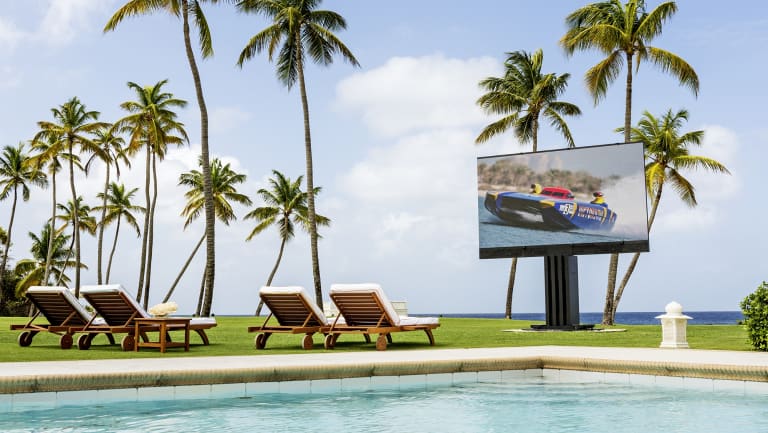 One does tire of the Caribbean views after a time.

The underground one is called the C Seed 201 and it's the million-dollar number. It spends much of its life hidden in its underground bunker but when encouraged from its slumber, rises to a height of 4.65 metres in just 15 seconds. 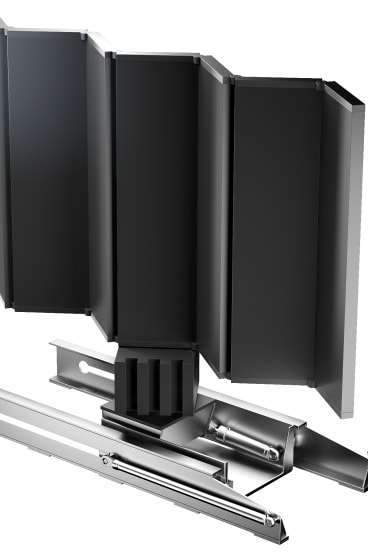 This TV hides folded up in a bunker until movie night.

The Supermarine, the superyacht version of the 201 rises three metres and the main difference here is that the telly retracts to horizontal in the deck rather than into the ground. The storage compartment requires 78 cm depth.

To quote the media material: "The C Seed Supermarine's unique qualities shine brightest when the Mediterranean or Caribbean sun is high, presenting a screen of overwhelming brilliance on top of an elegantly dominating, almost sculptural masterpiece of technology bringing giant entertainment to fascinated viewers." Ahem. This is the television where if you have to ask the price you can't afford it.

Pacific and Indian Ocean sunshine fail to score a mention in the media material, actually there's no mention of anything south of the equator, but then C Seed is an Austrian company and in landlocked Austria the Mediterranean and Caribbean probably seem pretty exotic. 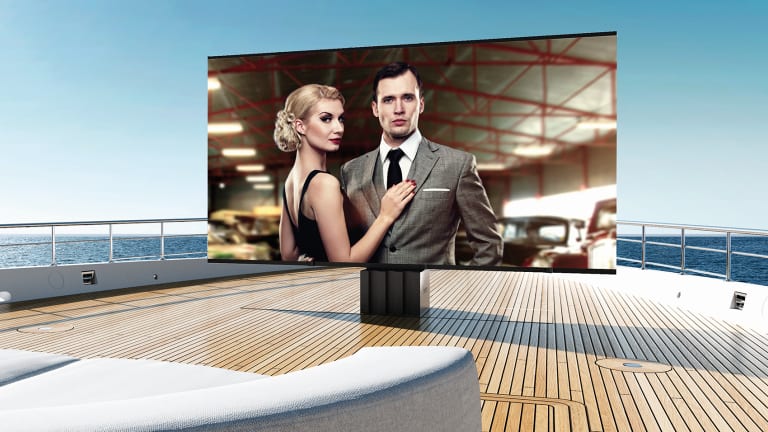 If you need to ask how much it is, you can’t afford it.

The indoor C Seed 262 has six speakers built in and can be configured for surround, but the folding numbers for outdoors and yachts need separate speakers. As luck would have it C Seed makes matching speakers. The casings are machined from a single piece of aluminium and sensitive parts are stainless steel to resist the rigours of salt air.

These are only 37,500 euros a pair, or roughly the price of an Audi A3 convertible with a bit left over for rego.