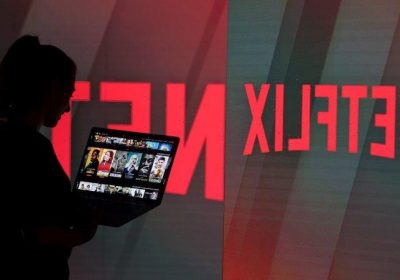 Netflix, marking its first big move beyond TV shows and films, is planning an expansion into video games and has hired a former Electronic Arts and Facebook executive to lead the effort.

Mike Verdu will join Netflix as vice president of game development, reporting to Chief Operating Officer Greg Peters, the company said on Wednesday. Verdu was previously Facebook’s vice president in charge of working with developers to bring games and other content to Oculus virtual-reality headsets. 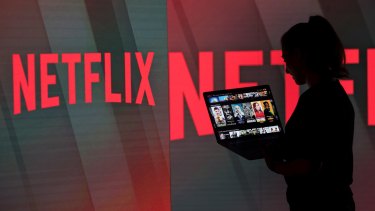 The idea is to offer video games on Netflix’s streaming platform within the next year, according to a person familiar with the situation. The games will appear alongside current fare as a new programming genre — similar to what Netflix did with documentaries or stand-up specials. The company doesn’t currently plan to charge extra for the content, said the person, who asked not to be identified because the deliberations are private.

Netflix shares gained as much as 2.1 per cent to $US559.53 in late trading on Wall Street after Bloomberg reported the news. The stock had been up 1.3 per cent this year through Wednesday’s close.

Netflix has been seeking ways to keep growing, especially in more saturated markets such as the US. That’s included building out its kids’ programming, opening an online shop to sell merchandise, and tapping Steven Spielberg to bring more prestigious movies to its lineup. The company remains well ahead of streaming rivals such as Disney+ or HBO Max, but it added fewer subscribers than expected in its most recently reported quarter.

Pushing into games would be one of Netflix’s boldest moves yet. In Verdu, the company has an executive who worked on popular mobile games at Electronic Arts, including titles in the Sims, Plants vs Zombies and Star Wars franchises. He also served as chief creative officer for Zynga between 2009 and 2012.

Ultimately, the move may make it easier for Netflix to justify price increases in coming years. Games also serve the purpose of helping market existing shows.

Netflix will be building out its gaming team in the coming months, according to the person familiar with the matter. The company has already started advertising for game-development related positions on its website.

Video games give Netflix another way to lure new customers and also offer something none of its direct competitors currently provides. Walt Disney, AT&T’s WarnerMedia and Amazon.com all have access to live sports, but they don’t have gaming within their main video services.

Ultimately, the move may make it easier for Netflix to justify price increases in coming years. Games also serve the purpose of helping market existing shows.

Many of the largest tech companies do sell gaming options in addition to their video services. Apple has a platform called Arcade for games — as well as a TV+ service for original video projects. But it charges extra for the gaming.

The news jolted shares of GameStop, the video-game retailer that’s been attempting a comeback. It fell 2.8 per cent in extended trading on Wednesday.

Evidence of Netflix’s plans to add games has already begun to appear in files hidden deep within the company’s app, according to research conducted by iOS developer Steve Moser that was shared with Bloomberg.

Netflix has previously licensed the rights to games based on its shows — including “Stranger Things” — but this new initiative is much larger in scope. The Los Gatos, California-based company has yet to settle on a game-development strategy, said the person. In typical Netflix fashion, the company may start with just a few games and build from there.

Netflix also has made earlier forays into interactive programming, such as choose-your-own-adventure-style shows. It created versions of programs like “Carmen Sandiego” and “Black Mirror” in that format, which stops short of being a true video game.

Netflix co-Chief Executive Officers Reed Hastings and Ted Sarandos have shared their interest in pushing into gaming in recent calls with analysts. They’ve also identified the battle-royale shooter game Fortnite as a competitor for its customers’ time.

Still, Hollywood studios have a checkered history in the video-game business. Some companies have had a lot of success licensing their movies or TV shows for games, and Warner Bros. has created a handful of hit titles in-house over the years.

But Disney, the world’s largest entertainment company, shut down most of its in-house gaming operations after years of unsuccessful efforts. It has since focused on licensing Marvel and Stars Wars properties for games.

The Market Recap newsletter is a wrap of the day’s trading. Get it each weekday afternoon

Most Viewed in Business