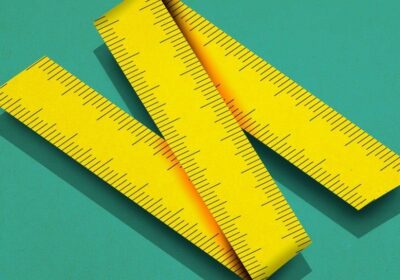 Netflix says it’s heard the complaints about how it “cherry picks” the self-reported data it releases about content viewed on its platform.

So the company has announced a major expansion of its Top 10 lists, with weekly reports at top10.netflix.com detailing the most-viewed TV shows and movies globally (for both English and non-English titles) and in more than 90 countries. It has also enlisted professional services firm EY to audit its metrics, with those results to be released in 2022.

It’s more viewing data than Netflix has ever provided publicly. And to its credit, as previously announced, the company has abandoned its previous metric — which counted the number of Netflix accounts that watched a title for at least 2 minutes — in favor of aggregate viewing hours. Under the previous approach, it was unclear, for example, how many of the 142 million Netflix subscribers who streamed a minimum of 120 seconds of “Squid Game” were just looky-loos trying to see what the fuss was all about as opposed to truly engaged viewers.

But let’s be clear: Netflix’s bigger bucket of Top 10 lists, even if they’re independently verified, is ultimately self-serving — designed to promote its most popular titles. The release of the additional info is aimed at giving Netflix subscribers new ways to find what to watch next (because the more content individual accounts stream, the less likely they are to cancel).

Pablo Perez De Rosso, Netflix’s VP of content strategy, planning and analysis, acknowledged this in a blog post about the new initiative. “Most of all … we hope our new weekly Top 10 on Netflix will help fans discover new stories and join new conversations,” he wrote. In that sense, the new Netflix info is akin to Apple’s App Store rankings or Spotify’s charts, aimed at driving up usage.

More broadly, Netflix is flexing here: It’s underscoring the fact that it operates the biggest subscription-video service on the planet (with 213.6 million paid subs as of Q3). The streamer is giving notice to the industry, customers and Wall Street that it has an engine capable of producing a surprise hit like “Squid Game,” which (Netflix says) was viewed an astronomical 1.6 billion hours over its first 28 days of release. It will be interesting to see if Netflix rivals like Amazon, Disney and HBO Max follow suit by releasing their own metrics.

But here is what Netflix’s expanded data initiative is not. These aren’t “ratings,” as the TV industry has grown to love/hate them. Ratings are a measure of all viewing across a set of programs in a given time period — including the poorest-performing shows. A comprehensive analysis of Netflix’s on-demand service would span its lineup of thousands of titles, down to the longest-tail, least-watched niche content. TV ratings also provide an estimated breakdown of an audience’s demographic composition, which is a level of detail Netflix isn’t sharing.

At the end of the day, Netflix is not going to reveal hard data on which of its originals have been stinkers. Among those, by the way, is 2020 film “The Last Days of American Crime,” a dystopian sci-fi/heist pic that earned a rare 0% critics rating on Rotten Tomatoes.

Netflix has no plans to share data with third-party measurement firms like Nielsen or Comscore. There’s no business reason to do so: The streaming giant doesn’t sell ads, so it doesn’t need to prove — to anyone — who is viewing what and for how long.

But since Nielsen has been releasing its own weekly streaming charts (delayed by almost four weeks, and covering only U.S. connected TV users), Netflix saw an opportunity to try to take control of the narrative of what’s most popular on its platform by releasing what it says are bona fide (soon to be audited) streaming numbers across the globe.

Netflix’s Rosso called the Top 10 list expansion “an important step forward for Netflix, the creators we work with and our members.”

“People want to understand what success means in a streaming world, and these lists offer the clearest answer to that question in our industry,” he wrote. Well, that’s “success” according to the way Netflix defines it. And as the subscription VOD leader, Netflix right now has the power to set the terms of that conversation.