Home » New iMac on sale this week, here are 6 reasons you may need to spend more than expected

New iMac on sale this week, here are 6 reasons you may need to spend more than expected 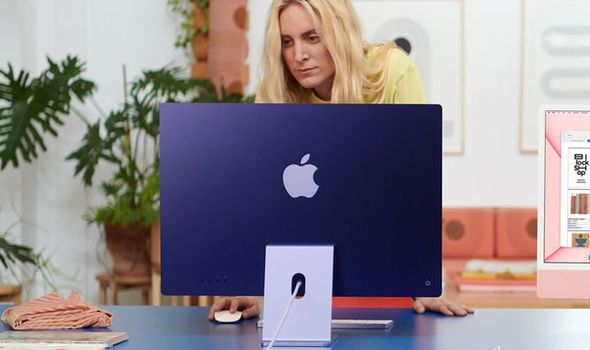 Apple has rebooted its iconic iMac desktop computer with a colourful new design, impressive performance, and a larger display. This latest all-in-one was announced last week during Apple’s gadget-packed “Spring Loaded” event and although it won’t arrive in stores until later next month, those desperate to be the first to own one can pre-order from Friday April 30. The super-slim iMac starts from £1,249. This entry-level model offers a pin-sharp 24-inch 4.5K Retina display, the latest Apple-designed M1 processor, and 256GB of storage. Other extras tucked inside the aluminium case include Dolby Atmos-powered speakers, studio-quality microphones, and a 1080p FaceTime HD camera for clearer Zoom calls.

There are also four colours to choose from including Blue, Green, Red and Silver with the keyboard and mouse colour matched to the machine. That all sounds pretty impressive, but before you reach for your wallet, it’s worth knowing what the entry-level iMac misses out on.

Spending an extra few hundred pounds for the upgraded iMac model brings some additional must-have features that will improve the overall experience of using your new Mac.

The first reason to pay a little extra for the next model, Apple’s £1,449 variant brings improved performance thanks to an 8-Core GPU, while you’ll only find a 7-Core GPU on the base model. Apple says the 8-core GPU features the fastest integrated graphics in a personal computer, which should help improve the on-screen experience and boost tasks such as gaming and video editing. For comparison, the iPad Pro, which is powered by the same M1 processor as the iMac, ships with the 8-Core GPU in all of its models – including the £749 entry-level model. For an extra £200, you’ll want to make sure your brand-new iMac is at least as powerful as the latest Apple-branded tablet on store shelves. 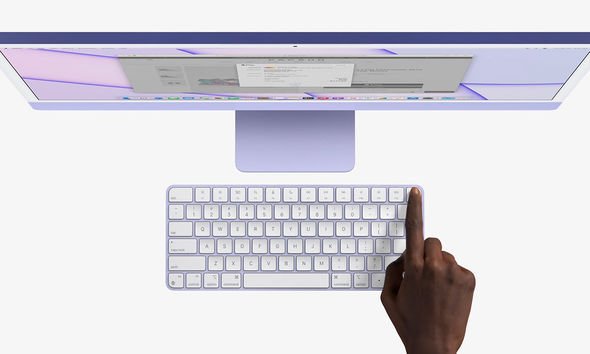 Next up, if you want to plug a bunch of accessories into your new Mac desktop then spending more could be worth every penny as you only get two USB ports on the standard machine. If you have an external hard-drive, external webcam, or ethernet dongle …you could soon fill those two ports pretty quickly. Paying an extra £200 for the upgraded model, Apple will boost this to four ports – two Thunderbolt and two USB 3.

Then there’s the keyboard that ships with your shiny new iMac. Apple has finally brought its super-secure Touch ID fingerprint scanner to the iMac for the first time. That means you can login to your account or pay for your online shopping with a simple tap on the keyboard.

Sadly, the entry-level iMac doesn’t ship with this clever new keyboard meaning you’ll still have to pump in a password to access your desktop. Given that Apple already charges £129 for its wireless keyboard with a numerical paid in the Apple Store (and that doesn’t have a Touch ID scanner), the extra £200 needed to upgrade from the entry-level model seems like a bargain comparatively. 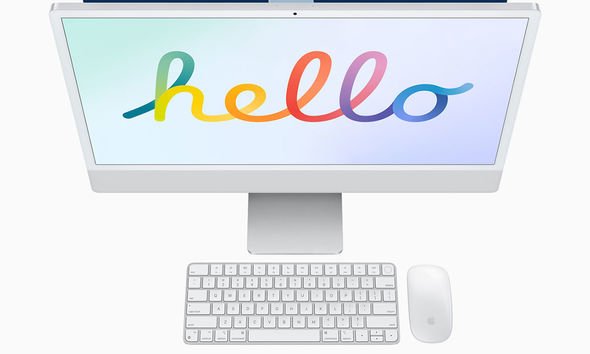 Next, up it’s the power cord. Apple has changed things up with the new iMac. This upgraded all-in-one desktop computer comes with a colour-coded magnetic cord that snaps into the rear of the case. Those spending a bit extra will find the power adapter that ships with the iMac features an in-built 1Gbps Ethernet port meaning less cable clutter on your desk. And of course, it also frees up one of those four ports on the back of the iMac for anyone who wants a wired internet connection. Apple’s entry-level iMac has no way of plugging the web directly into the machine, which means owners will be totally reliant on a good Wi-Fi signal …or you’ll need to pay extra for an adapter to plug in ethernet.

If your current iMac is brimming with personal photos, large applications and more, you might also want to check the storage capacity as the base model only gets 256GB of memory. You can get double this if you’re happy to spend a bit more. Apple sells its 512GB iMac for £1,649.

And finally, the last reason to plump for the pricier model… Apple keeps the full array of seven colours reserved for the more expensive models. The £1,249 model comes in four different shades, but paying an extra £200 will unlock the full seven colours that were previously found in the colourful Apple logo. The premium models can be purchased in Orange, Purple and Yellow, as well as the Blue, Green, Red and Silver available in the entry-level model.