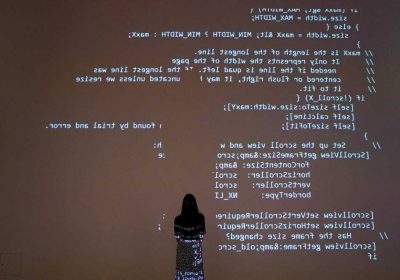 An NFT representing the origins of the Internet as we know it had attracted a bid of $2.8 million as of Monday morning — and may go even higher.

The code includes languages and protocols like “HTML” and “HTTP” that allow sites to be displayed in a web browser.

The archive is being sold in a Sotheby’s online auction that will conclude Wednesday. Forty-four bids have driven the price up from a starting $1,000 to the current $2.8 million.

In addition to 10,000 lines of code that Berners-Lee wrote in 1990 and 1991, the NFT package also contains a recent personal letter by the computer scientist reflecting on his process, as well as an animated video and digital poster representing the code.

Berners-Lee defended the sale from critics who may claim that selling a multimillion-dollar NFT does not align with the original “free and open” spirit of the internet in an interview with the Guardian.

“The questions I’ve got, they said: ‘Oh, that doesn’t sound like the free and open web,’” said Berners-Lee. “Well, wait a minute, the web is just as free and just as open as it always was, the core codes and protocols on the web are royalty free, just as they always have been. I’m not selling the web – you won’t have to start paying money to follow links.”

“I’m not even selling the source code,” he added. “I’m selling a picture that I made, with a Python program that I wrote myself, of what the source code would look like if it was stuck on the wall and signed by me.”

Sotheby’s, which auctioned off a ‘CryptoPunk’ NFT for $11.8 million earlier this month, said it will accept cryptocurrencies as payment for the Berners-Lee token.