Home » Technology » Nintendo Labo review: folding has rarely been so much fun

Nintendo Labo review: folding has rarely been so much fun Nintendo turned heads when they revealed Labo back in January 2018. Kits comprising cardboard sheets with pop-out toy components, simple games to use them with and not a lot else to begin with: it was natural to wonder if the famous Japanese company had taken another misstep so soon after course-correcting with the Switch, after the disappointment of the Wii U.

In practice, though, Labo is so much more than easily bent peripherals. The available Variety and Robot kits offer very different experiences out of their boxes – and creative players (and wannabe designers of the future) will get a kick out of designing their own mini-games to use with the Toy-Cons (official name). 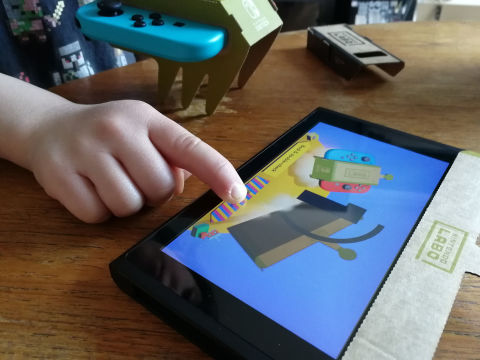 And these toys bring great joy, for what it’s worth – though not all are made equal. In the Variety Pack you have five very different sets to make, and subsequently play with. There’s the RC Car – not really a car, more a six-limbed biomechanical tank – which is controlled using the HD rumble functionality of a pair of Joy-Cons.

Make two and you can race a friend – or pit siblings against each other in a race-cum-destruction derby to see who has to load the dishwasher. Competitors have to share the one Switch, though, holding it lengthways between them like Mega Drive pads in a Micro Machines 2 multiplayer match.

If that reference was too old for you, you’re going to hate this one: Labo is, quite clearly, a revision and evolution of Nintendo’s pre-video games line of paper-craft model kits, produced in the 1970s. Called Paper Model (makes sense), these detailed designs were quite beautiful – and so too are the finished, fuller Labo creations. 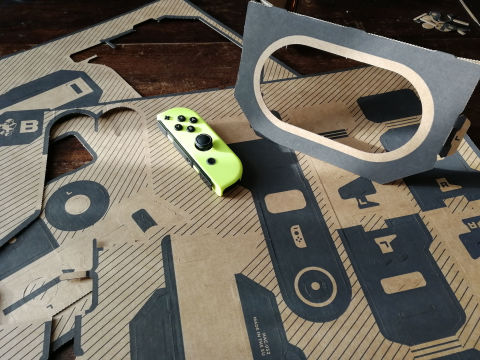 From the Variety Kit, the piano – which uses the right Joy-Con’s IR camera to detect key movement, and send the relevant message to a connected Switch – and the motorcycle handlebars, with working throttle, are masterpieces of engineering. Several times during the construction of these things, you’ll marvel at the ingenuity on display.

What you probably won’t be so amazed by is the games themselves. The racing (motorcycle handlebars) is like My First Mario Kart, and that’s fine – especially as there’s a variety of custom course options on top of the pre-set championships to compete for. The fishing (rod and reel, and “the sea” base) makes great use of the Cons’ rumbling to replicate getting a nibble at the end of your line, and can be fairly meditative at times; but it’s a one-trick deal, with nothing to work towards but larger catches. 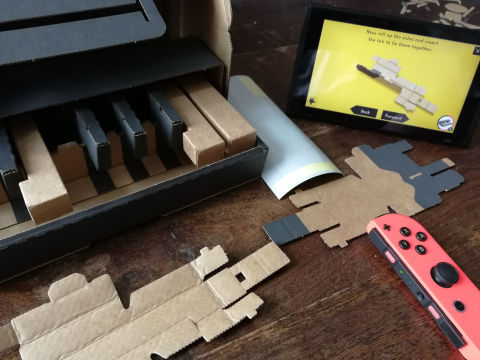 The piano is, well, a piano – apart from when it’s using that camera to scan fish designs into the software’s aquarium mode. It’s a mini recording studio, too, if you’re prepared to really dig into its possibilities. And the house is more electronic plaything than game, strictly speaking. You use plug-in apparatus, like a crank and a tap, to change the surroundings of an on-screen fur ball, and play (very) mini-games including a mine cart ride.

The Robot Kit is the biggest build, coming in at between three and four hours, whereas nothing in the Variety Kit will take more than a couple. It’s also one where more grown-up hands are likely to get the job done without a tantrum or two – not that such outbursts aren’t possible with the Variety Kit’s projects. 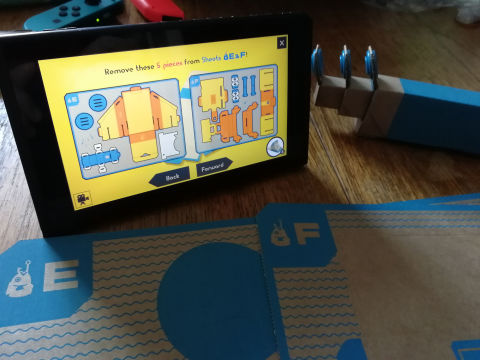 The kit’s backpack is a beast, and its array of pulleys and weights – all scanned for gameplay by the one Joy-Con (the other placed in a visor, to switch between first- and third-person perspectives) – are wonderful to watch in motion.

The Robot Kit’s main modes see you command – surprise! – a gigantic robot across a series of destructive challenges, moving it around the screen by stomping on the spot, outstretching your arms to fly, and squatting down low to transform into an armoured car. But there’s more to it, including a calorie-counting fitness mode, which is a neat touch for the adults picking this up, ostensibly, for their wee ones.

Both kits have Garage modes, that enable clever-clogs to develop their own games using the Cons, Joy and Toy, constructions of their own design, and infinite imagination. Nintendo has previously shown off how Garage can transform your Switch into an electric guitar, and it’s going to be fascinating watching what people come up with. One Switch can be synched with eight Joy-Cons, so… Labo Spider-Mech, anyone? 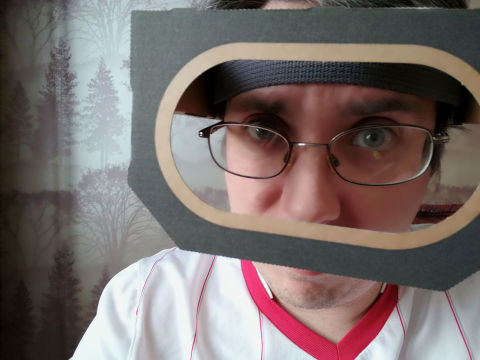 Labo is child-friendly, with its bright games and clear assembly instructions – but the more fiddly nips and tucks that go into the piano and the robot will need supervision. Don’t be fooled by the 6+ age recommendation on the boxes – kids younger than seven or eight will struggle with the Variety Kit’s intricacies, and the Robot Kit is probably best left to older children who can handle its physical demands. (And if anyone breaks the card, all designs can be downloaded for free.)

Labo’s best, then, as a collaborative experience, bringing parents and their brood together to flip, fold, tab and, finally, take turns on another fascinating step forward for the ever-unique Nintendo.