Home » Technology » No End to Whiplash in Meme Stocks, Crypto and More

No End to Whiplash in Meme Stocks, Crypto and More 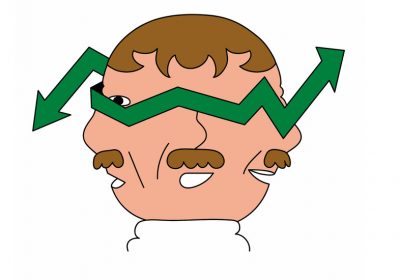 SAN FRANCISCO — All year, amateur investors, propelled by a social media frenzy and a bit of boredom, have poured money into risky forms of investments like meme stocks, SPACs and Bitcoin.

With the pandemic easing in the United States and the country reopening, many market watchers expected the investment world to return to something resembling normalcy.

That hasn’t happened. Over the last month, overlapping investment manias have become even more unpredictable. Special purpose acquisition companies, known as SPACs, a trendy way for companies to go public, have dried up. Investments in digital art — another pandemic favorite — have also slumped. Bitcoin has lost nearly 30 percent of its value in just the last week. But so-called meme stocks have soared.

It sent a clear message: The whiplash that has defined investing in the pandemic is not going away as people with money to burn jump from one novel idea to the next, inflating the value of stocks and digital items beyond what many traditional investors would consider rational.

“Volatility is moving from market to market,” said Gavin Baker, an investor at Atreides Management, which backs stocks and private companies. “I’m treating it as the new normal.”

Some are pinning the volatility on quirks of the pandemic. Past downturns hurt the economy in predictable ways, leading to predictable recoveries. But the pandemic decimated some sectors, like travel, leisure and dining, while others, like e-commerce, social media and software, soared.

The biggest driver of risky investment manias has been a surplus of cash in people’s pockets. Bank deposits grew further in the first three months of the year, hitting $18.5 trillion, compared with $15.8 trillion in the same period of 2020. While that could slow as leisure spending resumes, interest rates remain low, pushing people to take more risks with their money.

Prominent investors have begun to speak out about those risks, even though the VIX, an index measuring volatility known as a “fear gauge,” remains low. Barry Silbert, a cryptocurrency investor, predicted that volatility would soon rise in response to “macro fireworks” caused by factors as varied as food prices and overpriced cryptocurrencies. Michael Burry, the investor portrayed in “The Big Short,” has forecast “the mother of all crashes” and called the market activity “unnatural, insane and dangerous.”

Douglas Boneparth, president of the financial advisory firm Bone Fide Wealth, said, “This is one of the most uncertain times we’ve existed in — economically, socioeconomically, from a health perspective.”

He added, “As long as there is uncertainty, there will always be volatility.”

Many investors are riding out the erratic market, even when their bets don’t look so hot. Steve Veerman, a 36-year-old software developer in Waterloo, Ontario, has spent thousands of dollars building a collection of digital basketball cards called “moments” on a site called NBA Top Shot. The site uses blockchain technology, which underpins cryptocurrencies, to authenticate its digital collectibles, known as NFTs, or nonfungible tokens.

Mr. Veerman’s collection is now worth a life-changing sum of money on paper, even as the overall value for Top Shot moments has fallen 64 percent since February. After the National Basketball Association finals next month, it could fall even further.

Mr. Veerman has no plans to stop buying or cash out; he believes digital collectibles will outlive trading cards. He acknowledged that there would be “lots of price volatility” along the way. “It’s not for the faint of heart,” he said. 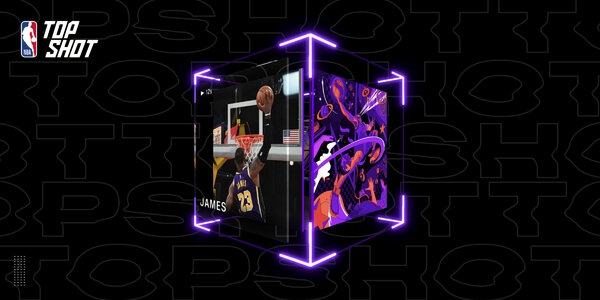 NFT sales exploded earlier this year, promising a new way for artists, musicians, entertainers and others to make money online and making headlines with million-dollar sales.

But the rush of people hawking NFTs made it difficult for projects to stand out, pushing offerings to become increasingly absurd, like the fringed leather jacket of Joe Exotic, from the documentary “Tiger King.” NFT sales fell 90 percent from the euphoric peak in early May, according to an analysis by Protos, a crypto-focused media company.

Drew Austin, an entrepreneur and investor, invested heavily in cryptocurrencies and NFTs, including digital horses, digital sports cards and some digital art. He took a “substantial liquidity hit” when cryptocurrency prices crashed in May, he said. But he is not cashing out, because he believes these new assets are the future. Still, the volatility can be stressful. Unlike a stock exchange, these newer markets never close.

Bitcoin’s volatile month — dropping by around 65 percent in May, recovering some and then falling further this week — has not swayed investor enthusiasm. A recent survey by The Ascent, a financial services ratings site, showed that Generation Z investors viewed cryptocurrencies as slightly less risky than individual stocks.

But they’re learning that wild price swings can happen over a single tweet. In February and March, when Elon Musk and his company, Tesla, embraced Bitcoin, its price soared. In May, when Mr. Musk tweeted that Tesla would not accept Bitcoin payments over concerns with its environment impact, its price dropped.

It jumped again this week when Mr. Musk suggested on Twitter that Tesla would again accept Bitcoin someday. (His tweets have also propelled Dogecoin, a joke cryptocurrency based on a meme about a Shiba Inu.)

The sustained appetite for risky bets has fueled companies, like Robinhood, that enable customers to trade stocks, options and cryptocurrencies. In January, Robinhood’s role in the trading of meme stocks landed it in hot water with Congress, state regulators and its customers.

The attention only turbocharged Robinhood’s growth: Revenue more than tripled in the first three months of 2021 compared with the same period last year. Robinhood plans to go public in the coming months.

All of this puts investment companies preaching responsibility in an awkward position. Studies show that passive, diversified investments outperform active trading over the long term. But when your customers want Dogecoin, what’s a financial adviser to do?

Betterment, a “robo-adviser” company, expects the world to return to diversified index funds “and some of the core tenets of long-term investing that will have to prevail overall,” said Sarah Levy, chief executive of the company. Yet it can’t stop people from dabbling in risky alternative assets on other platforms.

“They’re going to participate in the story of the week,” she said.

There are some signs that the appetite for risk might be fading. Litquidity, an anonymous finance meme social media account, observed that people riding the wave of AMC stock this month seemed more willing to sell this time around than in the past.

“Retail investors caught on to the ridiculousness and unsustainable nature of stock prices rising to astronomical levels,” Litquidity said in a direct message on Twitter. “People are looking to lock in their gains.”

Other trendy investments have fizzled under scrutiny. SPACs are shell corporations that go public in hopes of finding a private business to merge with, thus taking that company public. More SPACs went public in the first three months of this year than all of last year, and investors eagerly bought into the stocks in hopes of getting in on the next big thing.

Lordstown Motors, a hyped-up electric vehicle company that went public via SPAC last year, saw its valuation soar to $5 billion. But in January, a prototype of its vehicle caught fire. Soon after, the Securities and Exchange Commission and Congress began scrutinizing the disclosures and accounting practices of SPACs and began investigations of several companies, including Lordstown.

The news cast a chill over the market, and the number of SPACs going public abruptly slowed. Last week, Lordstown said it would run out of money before it could begin production. Then its chief executive and chief financial officer resigned, tanking its stock price. Days later, the company’s new management said Lordstown would not run out of money after all. The stock jumped 16 percent.

Then on Thursday, Lordstown admitted in an S.E.C. filing that its executives had misspoken; the company had no “binding purchase orders” for vehicles. The stock price sank, and the roller coaster continued.