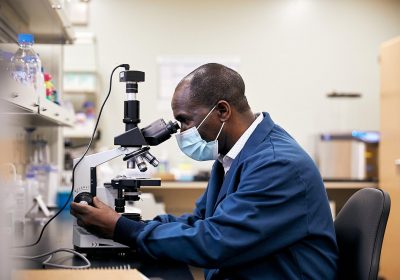 Carbon storage offers hope for climate — and cash for farmers

A New York City-based startup is growing leafy salad greens indoors — and it just raised a bunch of cabbage from investors including Natalie Portman and Justin Timberlake.

Bowery Farming said Tuesday it had raised $300 million in a funding round that values its business at $2.3 billion. Alongside traditional venture capital backers, other notable investors include celebrity chef José Andrés, basketball player Chris Paul of the Phoenix Suns and Formula One driver Lewis Hamilton.

The Manhattan-based company converts industrial buildings like warehouses into “vertical farms” tended by automated equipment, a technique it says allows all its crops to be grown year-round regardless of weather conditions, outdoor pests and pollution.

“This funding not only fuels our continued expansion but the ongoing development of our proprietary technology, which sits at the core of our business,” said the company’s founder and CEO Irving Fain. “We’re reinventing a new supply chain that’s simpler, safer, more sustainable and ultimately provides vibrantly flavorful produce unlike what’s available today.”