One of Britain's rarest butterflies saved from the brink of extinction 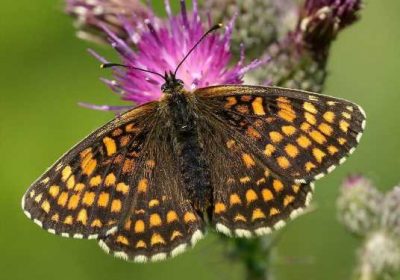 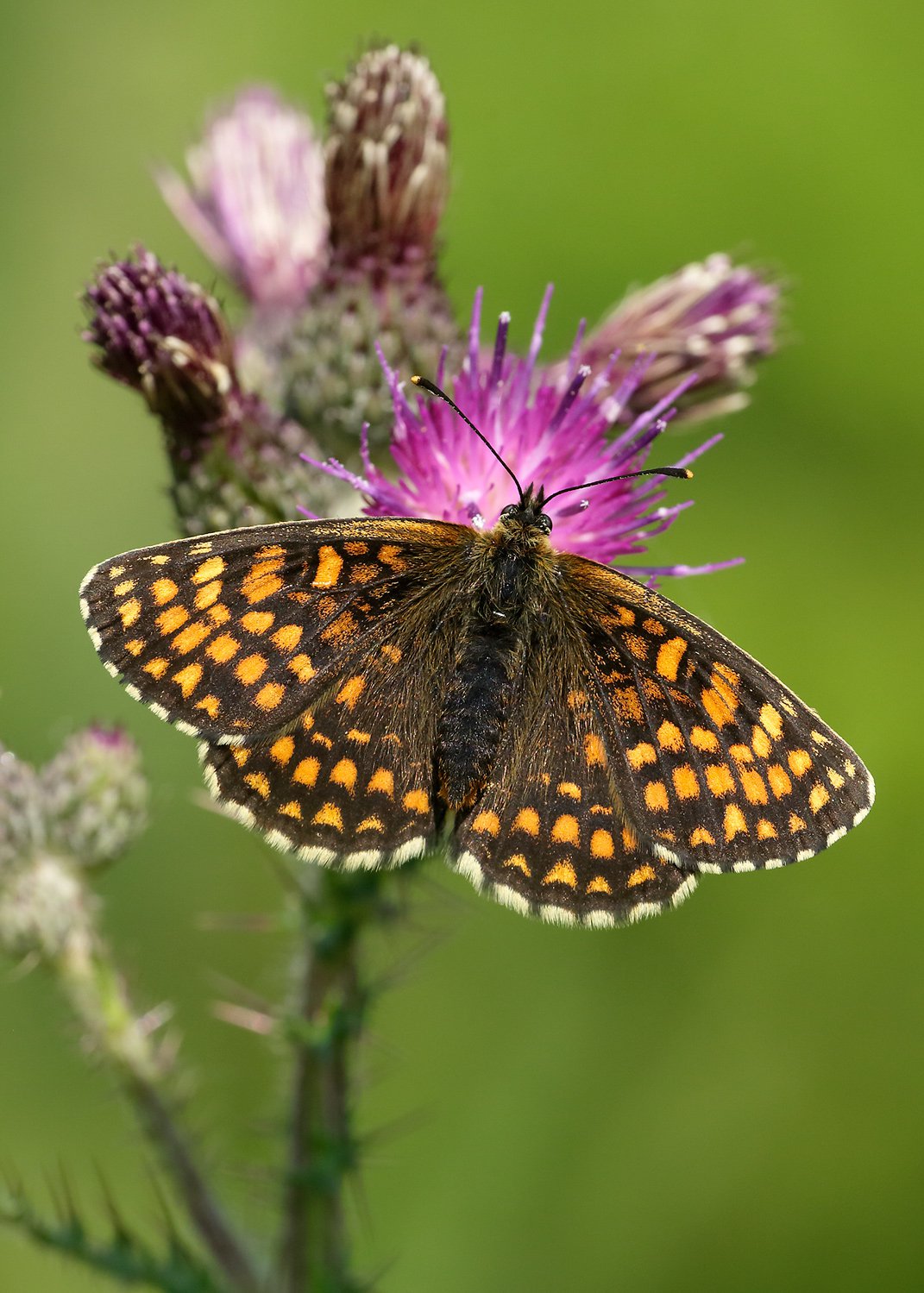 A new population of one of the UK’s rarest butterflies has been found at a woodland site where restoration work has helped wildlife return, conservationists said.

The heath fritillary, which has been brought back from the brink of extinction with the help of conservation efforts in the past two decades, has been discovered at the Woodland Trust’s Victory Wood in east Kent.

The site, once ancient woodland which was felled and ploughed up between the 1950s and 1970s and later earmarked as a potential landfill site, was saved by the charity in 2004.

It became a flagship site for the Trafalgar Woods Project to commemorate the bicentenary of the Battle of Trafalgar in 1805, and restoration work has been carried out to link surviving ancient woodland fragments, with tree planting and measures to allow woods to naturally regenerate.

Conservationists said they had also maintain wide rides or trackways in the woodlands which has helped species re-establish themselves.

Regional conservation manager for nature charity Butterfly Conservation, Steve Wheatley, said: ‘The return of the heath fritillary to Victory Wood is the result of an intricate chain of actions that began when the Woodland Trust started their restoration project.

The heath fritillary is part of an ‘intricate chain’ of nature in the woods, as it needs the common cow-wheat plant to lay eggs on, but the plant is slow to spread and relies on wood ants to carry seeds to new areas, and it needs to take carbon and minerals from the roots of nearby oaks.

Mr Wheatley said: ‘This relationship between the ants, the trees, the flower, and the butterfly is just magical, and none of this could have happened without the vision of the Woodland Trust.’

Claire Inglis, the Woodland Trust’s site manager at the wood said: ‘The discovery of heath fritillary is a wonderful find and comes after many years of hard work from volunteers and members of the Trust to restore the site to some of its former glory.

‘This rare butterfly returning shows the importance of this work and we hope to discover more species colonising the site in the months and years to come.’

Woodland Trust staff alerted Butterfly Conservation to the presence of wood ants and subsequent reappearance of cow-wheat, and in summer 2020 Mr Wheatley surveyed the plant and found it was sufficiently abundant to support the return of the butterfly.

Several heath fritillaries were seen venturing from nearby sites, but signs of the insect in earlier stages of their life cycle were needed to prove they were using the site.

So this spring Butterfly Conservation and Woodland Trust staff and volunteers got down on their hands and knees to look for the caterpillar, with the first spotted on an oak leaf next to a clump of nibbled cow-wheat, and the second found minutes later.

Mr Wheatley said: ‘This discovery proves the heath fritillary is now resident at Victory Wood and is an example of how working in partnership is having a positive effect on our native species.’

The heath fritillary is on the wing now, and might be spotted at Victory Wood, which is open to the public, and other nearby woods, the conservationists said.