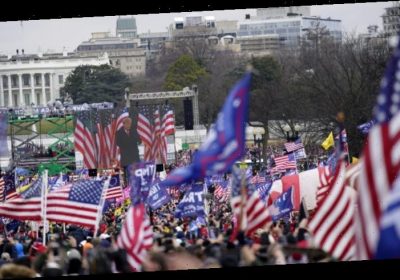 Australia’s eSafety Commissioner Julie Inman Grant has urged social media companies to take more responsibility for the content on their platforms as the government moves to bolster her office’s powers to identify the people behind troll accounts.

The recent bans imposed by Facebook and Twitter on former US president Donald Trump following an attempted insurrection on the US Capitol have prompted widespread calls for tougher regulations on social media companies, and Ms Inman Grant has added her voice to the chorus. 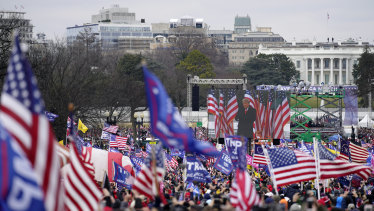 The Capitol riots in the US may prompt change in the way social media companies police content.Credit:AP

“There’s more that they can do in terms of their intellectual capability, their access to advanced technology, their vast financial resources, to come up with better systems to identify who’s on their platforms and violating their terms of service,” Ms Inman Grant said.

“And even beyond that they need to do a better job at enforcing their own policies. They’re the only entities that can see all the signals, in terms of who might be being targeted at scale or whether an account setup was done simply for the purposes of trolling.”

Ms Inman Grant stressed that anonymity can be a force for good online, and suggested balance could be achieved with digital IDs or blockchain-powered solutions that would hide users’ details until requested by law enforcement. 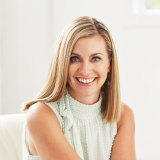 But she said people using the anonymity of the internet to harm others remains a big problem and mainstream social media companies are yet to acknowledge their full responsibilities to combat it.

Ms Inman Grant worked at tech giant Microsoft during the 1990s and was involved in shaping key US legislation – Section 230 of the Communications Decency Act – which gives internet platforms immunity from liability from content posted by their users.

However, she said regulations must now be revisited.

“There weren’t many players, there certainly wasn’t social media, and we as an industry at the time were concerned that if too many brakes were put on the development of the internet, it wouldn’t reach its full potential,” she said.

“This has practically given the platforms what we call intermediary immunity, or a safe harbour. It gives them a free pass not to take liability for user generated content. They haven’t had to take responsibility for abuse that’s happening on their platforms. But I think the pendulum is going to shift the other way.“

Matt Crozier, chief executive of public participation software provider Bang the Table, said he believed the Wild West era of social media was drawing to a close, as govenrment’s move to regulate the major platforms. “I think what we’re seeing is the end of the wild west of social media and the start of something a little bit more civilised, and I think that’ll benefit Australia just as it does America and elsewhere”, he said.

“The first thing will be to have some sensible common sense rules, that are enforced in an even handed way, around the platforms we all use so that we’re not exposed to that sort of hateful stuff. I don’t think there are many in Australia who would be sad if the people on social media who are doing things that harm people were removed from that space.”