Home » Prepare to Pay More for Uber and Lyft Rides

Prepare to Pay More for Uber and Lyft Rides 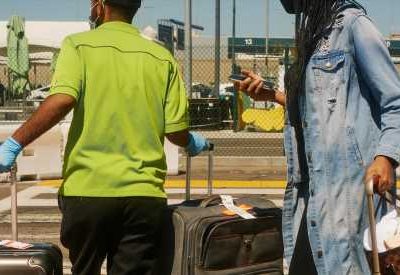 A few weeks after receiving the second dose of a coronavirus vaccine, Debora Lima returned to an old routine: She pulled out her phone and requested an Uber ride so she could meet friends for dinner.

But instead of getting a ride within five minutes as she had expected, Uber surprised Ms. Lima with a 19-minute wait and a pricey fare. It wasn’t a one-time glitch. Ms. Lima, a 28-year-old Miami resident, used to plan on spending $100 a month for frequent Uber trips. Just two recent rides ate through half of her monthly budget.

As the coronavirus pandemic appears to recede in the United States and more people return to traveling, socializing and using ride-hailing apps, they are discovering that those cheap and quick rides have become more costly and not so readily available. Customers around the country say they have been startled by the price jumps. In some cases, they say, their Uber rides from airports cost as much as their plane tickets.

Uber and its top rival, Lyft, acknowledge that prices are up and wait times are longer, but they won’t provide specifics. A recent analysis by the research firm Rakuten Intelligence found that the cost of a ride was 37 percent higher in March than it was a year ago. In April, the cost was up 40 percent.

Like many other industries, the ride-hailing outfits say prices are up because they can’t find enough workers. But more than most other types of companies, Uber and Lyft can nimbly pass the cost of finding those workers — in their case, drivers who are treated as contractors — directly to their customers.

When there aren’t enough drivers to meet demand, the companies pay them more, sometimes resorting to so-called surge pricing to lure drivers to areas where demand is high. Some recent surges have made prices jump 50 percent or more, said Daniel Ives, managing director of equity research at Wedbush Securities. Surge pricing can be a boon for drivers, but it sometimes provokes outrage from riders, especially during holidays and large events when demand can send prices soaring.

“By Uber and Lyft organizing themselves with the drivers being contractors, in a sense they have put the riders in the position of employing these contractors,” said Wendy Edelberg, the director of the Hamilton Project and a senior fellow at the Brookings Institution. “Every time we open our Uber app, maybe we feel a little bit like the small business that can’t fill the vacancy after putting up the ‘Help Wanted’ sign.” 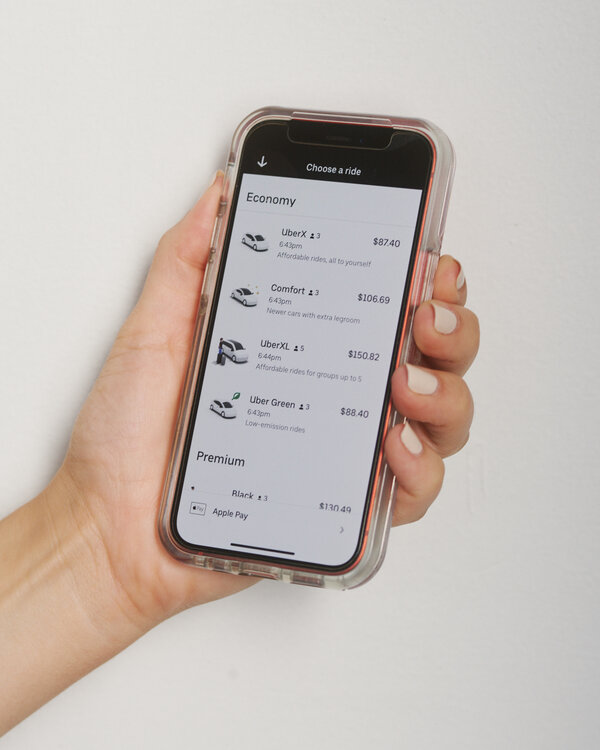 Uber and Lyft have poured money into extra incentives for drivers, like cash bonuses for completing a certain number of rides. But the incentives do not appear to be as effective as they were before the pandemic. Some drivers said they aren’t back on the road because they are still afraid of getting sick.

Other financial incentives might also be dissuading drivers. Although they would not normally receive unemployment insurance because they are categorized as independent contractors, Uber and Lyft drivers are eligible for Pandemic Unemployment Assistance funds under the CARES Act, easing the financial pressures that might otherwise have forced them to get back behind the wheel.

In an early May earnings report, Uber said it had 3.5 million active drivers and couriers during the first three months of the year, down 22 percent from the previous year. “We have not seen driver supply keep up with the demand growth in the U.S.,” Dara Khosrowshahi, Uber’s chief executive, said last week at the J.P. Morgan Technology, Media and Communications Conference.

In the past four weeks, however, more than 100,000 more drivers have also returned to the platform, an Uber spokesman said. Uber has aggressively increased its incentive spending, putting $250 million into the effort to recruit drivers and branding it as a “stimulus.”

Lyft also said it did not have enough drivers and was spending heavily to recruit them. In the first quarter of the year, the company spent $100 million on driver incentives, according to an earnings report.

“It is something we are taking extremely seriously, but something that we’re extremely confident and I’ve already started to see significant movement on,” Lyft’s president, John Zimmer, said at the J.P. Morgan conference. Lyft saw a 25 percent increase in what it calls driver “leads” — drivers who are interested in working for the platform — between late February and May, Mr. Zimmer said.

The incentives are starting to have an effect, according to Gridwise, a service that helps gig workers track their earnings. Ride-hailing earnings have steadily climbed this year, rising to $25 an hour in May from $18 dollars an hour in January, Gridwise said.

The higher pay appears to be enough to tempt some drivers to return. While the number of drivers is still below prepandemic levels, Gridwise estimates it is down only 11 percent, an improvement from the 25 percent deficit in January. Uber also said that the overall number of trips with surge pricing was declining after a peak in March.

“When employers say they can’t find the workers that they need, always add the phrase, ‘at the wages I want to pay,’” said Heidi Shierholz, the director of policy at the Economic Policy Institute. “We know how to attract workers — give them better jobs, better pay, better working conditions. It’s not rocket science; that’s how you do it.”

But customers are impatient for a return to the quick, cheap rides. In Miami, Ms. Lima said she had hoped the company would maintain low prices while it tried to get more drivers back on the road. “Keep customers happy,” Ms. Lima said. “At least with the price point.”

For now, she said, it is impractical to use Uber the way she once did because of the price jump. Instead of an everyday utility, she said, Uber is likely to become a splurge item.

Cristine Sanchez, a hospitality worker in New York, used to pay around $20 for Uber rides to Brooklyn from Queens. Now the fare is around $38, she said, and a trip to the Bronx costs almost $45.

Ms. Sanchez recently realized that airfares were nearly the same price as her Uber rides. When she found a $60 round-trip flight to Miami this month, she booked an impromptu trip with friends.