It’s only a matter of weeks until the release of Red Dead Redemption‘s long-awaited sequel, and with it, the death of our social lives for the foreseeable future.

In our latest look at the “open-world experience”, we see Arthur and the Van der Linde Gang move more freely about the Red Dead universe than ever before.

Revealing the option to pull off new kinds of heists and shape the story as you go along, Red Dead Redemption 2 promises to “seamlessly blend story and action, and exploration with choice”.

While “all under the constant threat of danger”, of course. 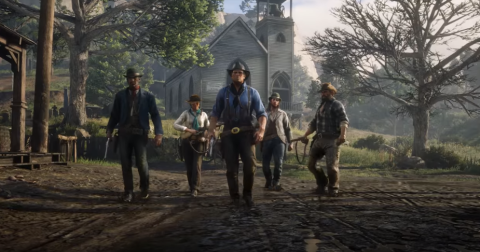 Players won’t just be confined to exploring the American frontier on their consoles, though, as a brand new platform called Red Dead Online will also be launching alongside the game.

Billed as “an evolution of the classic multiplayer experience in the original Red Dead Redemption”, the experience will blend narrative with both competitive and cooperative gameplay. 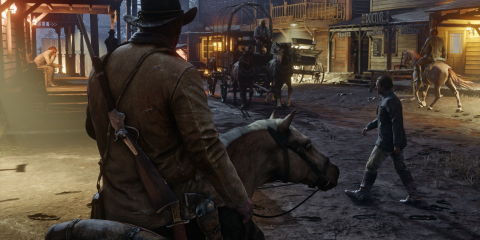 “Using the gameplay of the upcoming Red Dead Redemption 2 as a foundation, Red Dead Online will be ready to be explored alone or with friends, and will also feature constant updates and adjustments to grow and evolve this experience for all players,” a statement confirmed.