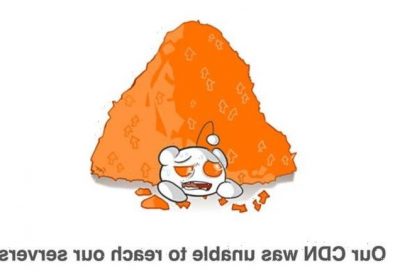 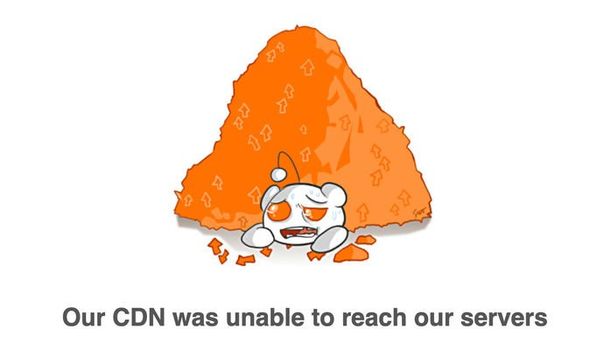 UPDATE: Today’s reported service problems with Reddit look to have been resolved.

While Reddit users on Twitter have also said the service is back online for them following a brief outage.

ORIGINAL: Reddit down reports are on the rise today, with users getting a CDN error page when they try to access the popular internet message board.

Independent outage monitor Down Detector has registered a huge spike in Reddit down reports, which began coming in around 5.20pm BST.

At the time of writing downdetector.com has recorded a peak of more than 3,000 reports of Reddit down, with Down Detector UK registering a peak of around 600.

The error message Reddit users got when visiting the site said: “Our CDN was unable to reach out servers.

“Please check www.redditstatus.com if you consistently get this error.”

However, in the System Metrics section of the Reddit Status page it shows the Reddit error rate did experience a huge spike today.

As the reported Reddit service issues hit users took to social networking site Twitter to report issues with the site. 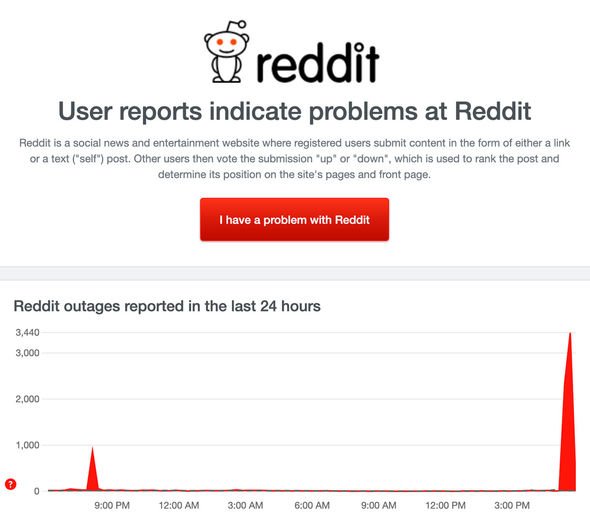 While another posted: :”Reddit down for the whole squad, yeah.”

One added: “Why is @Reddit down while http://redditstatus.com shows everything is operational ??”