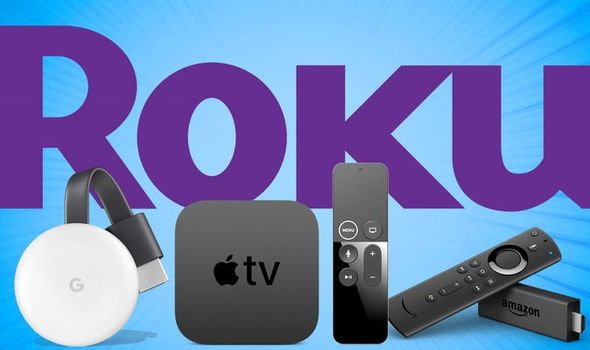 Roku started to roll out an update to its popular streaming set-top boxes earlier this month, which added the ability to use Apple AirPlay 2 and HomeKit functionality. For those who don’t know, AirPlay is the equivalent of Google’s Cast functionality – it allows iPhone, Mac and iPad owners to beam video content, photos and games from their devices onto the big screen. It is also used in connected speakers to play tracks across multiple speakers, like Sonos and Apple’s own HomePod, for example.

With the latest software upgrade, Roku now supports both of these technologies. So, if you own the Roku Smart Soundbar, you can stream your favourite album from iTunes or Apple Music to the sound system in your living room, or beam a show from Apple TV+ to a Roku Streaming Stick Plus in the bedroom, for example.

HomeKit will allow users to control their Roku gadgets within the Apple Home app or using Siri voice commands to an iPhone, Apple Watch, HomePod or other Siri-enabled Apple kit.

These new features are included in RokuOS 9.4. The update to the latest operating system will be available for the vast majority of the 4K-capable streaming devices from the firm, including Roku Ultra, Roku Streambar, Roku Smart Soundbar, Roku Streaming Stick Plus, and Roku Premiere. Roku TVs, which uses the Roku software to handle streaming apps as well as HDMI inputs and FreeView playback, will also be updated to RokuOS 9.4 in the coming weeks, Roku says.

With the arrival of HomeKit support, Roku now supports all three major voice assistants, including Siri, Google Assistant and Alexa. That’s something no other streaming set-top box can match – not Apple TV, Chromecast Ultra, Chromecast with Google TV, Android TV, or Amazon Fire TV. Why is that important? Well, it means that you’ll be able to switch to a different smartphone model – from iPhone to Android, for example, or buy a different brand of smart lightbulb or video doorbell – safe in the knowledge that you’ll always be able to find a voice assistant that works with the kit.

For those deeply invested in Alexa-enabled devices, you’re unlikely to bring yourself to buy a Google Nest Hub, or ditch Apple Music in favour of a YouTube Music subscription, for example.

With the latest update, Roku should work with the vast majority of streaming service, Google Cast and Apple AirPlay, as well as AI-powered smart assistants. So you won’t need to worry about whether your next smart plug is HomeKit-enabled, or supports Alexa, as you’ll always be able to control it with your streaming set-top box.

Posting on the company blog to announce the update, Roku’s Ilya Asnis wrote: “Apple AirPlay support allows you to effortlessly stream and share content directly from your iPhone, iPad, or Mac to your supported Roku device. Share photos from your camera roll directly to your TV. Join your next Zoom happy hour or holiday party from the comfort of your couch. Listen to your favourite podcast or enjoy music from any room in your home.

“With HomeKit, you can easily and securely control your Roku device with your voice or by using the Home app and Siri on iPhone, iPad, Mac, Apple Watch, or HomePod.With the addition of Apple AirPlay and HomeKit support, our streaming players are now the first to offer compatibility with all three major voice systems, including Google Assistant, Alexa… and now Siri!”