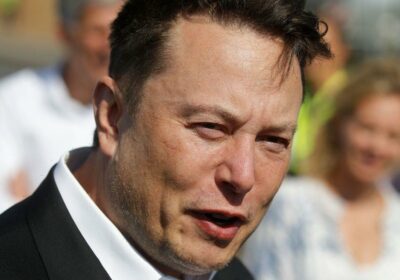 Russia has made veiled threats towards Elon Musk's Starlink satellite programme, implying the country could 'shoot down' SpaceX satellites.

The satellite-based broadband programme was rolled out across Ukraine in the wake of the Russian invasion earlier this year.

With Russia's offensive faltering, however, it seems that Putin's government is considering attacks on SpaceX to undermine Elon Musk's programme.

At a United Nations meeting on space threats, Russian delegate Konstantin Vorontsov reportedly said that 'quasi-civilian infrastructure' could be a target for "retaliation" by the country's military.

Vorontsov said Russia "would like to underline an extremely dangerous trend that goes beyond the harmless use of outer space technologies and has become apparent during the events in Ukraine.

"Namely, the United States and its allies use the elements of civilian—including commercial—infrastructure, in outer space for military purposes."

He warned: "It seems like our colleagues do not realize that such actions in fact constitute indirect involvement in military conflicts. Quasi-civilian infrastructure may become a legitimate target for retaliation."

While Vorontsov didn't directly refer to Starlink by name, it is the main 'civilian' space infrastructure being used in the conflict by the West.

Responding to the threat, Musk tweeted that "Starlink is meant for peaceful use only".

When Russia began testing an anti-satellite missile last year, Musk also said that SpaceX can launch satellites faster than Russia can shoot them down.

The tide appears to be turning against Russia in its invasion of Ukraine, with Russian forces losing control of territory in Kharkiv and the Luhansk provinces.