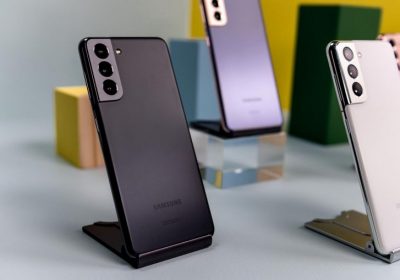 SEOUL (REUTERS, BLOOMBERG) – Samsung Electronics on Thursday (Jan 14) unveiled the first Galaxy S smartphone with a stylus for on-screen work called the S Pen, more than a month ahead of its usual annual release schedule for models of its flagship compact phone.

Analysts have said offering a stylus within the Galaxy S21 series might signal the South Korean tech giant will merge the S line with its other premium smartphone range, the Note, already equipped with a note-taking stylus.

That could free up resources for Samsung to push its separate range – high-end foldable phones – as key mass products rather than niche devices.

Samsung is also looking to grab market share after China’s Huawei Technologies was hit with United States sanctions that restricted its supply and hurt sales, analysts have said.

An early Galaxy S21 launch is a likely tactic to capitalise on Huawei’s woes, said Counterpoint Research analyst Sujeong Lim. New iterations of the Note typically come in the second half of the year.

Ms Lim said Samsung faces intense competition in the high-end category from Chinese vendors amid growing demand for devices that can be used for remote work amid the coronavirus pandemic, as well as play like video gaming.

“We expect the shipment of S21 series will be around 28 million units by the end of this year”, surpassing the incumbent S20 series’ performance, said Ms Lim ahead of the announcement. “The biggest factor to impact the shipment will be pricing.”

With the most advanced processing chip in any Galaxy device, the S21 is 5G-compatible and designed for shooting and viewing video and images as well as on-screen work. The top end of the range, the Ultra – the only version compliant with the S Pen stylus, which has to be bought separately – sports a four-lens rear camera that allows different angles and zoom shots.

The standard S21’s screen size is 6.2 inches, with the S21 Plus at 6.7 inches and S21 Ultra is 6.8 inches, optimal for watching videos and gaming. The latter two are close in size to last year’s Galaxy Note “phablets” – a cross between a phone and a tablet.

The newly launched $308 Galaxy Buds Pro expand Samsung’s line-up of true wireless earbuds, marking an upgrade from the Galaxy Buds of 2019 and Buds+ from last year.

The new earphones are more discreet, add improved water resistance and step up the audio quality, according to Samsung. The company also said the Buds Pro can automatically switch between noise-cancelling mode and letting exterior sound in based on whether their user is speaking.

Though the AirPods are the best known example of this category, it has been growing faster – largely on the strength of smaller Chinese upstarts – than even Apple’s successful line-up. The Cupertino, California-based company is planning to release updates to both its AirPods and AirPods Pro variants, Bloomberg News has reported.

Samsung’s $48 Galaxy SmartTag Bluetooth dongle, which was also announced, attaches to valuables such as keys, bags or pet collars and makes those items trackable via a mobile app. This device anticipates Apple’s long-in-the-works AirTags accessory, which is expected to add similar locator functionality for iPhone users.