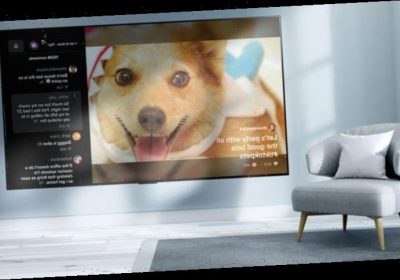 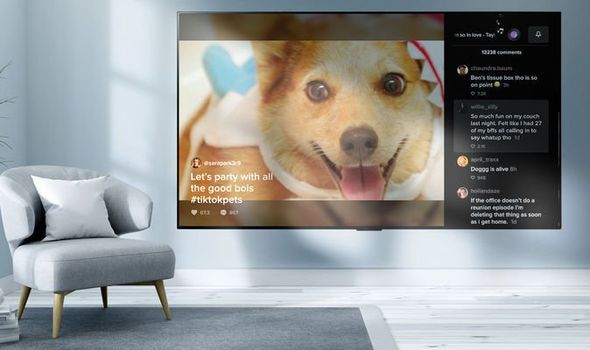 TikTok has now surfaced in the Google Play Store for Android TV. This popular platform is used by a wide range of manufacturers, including Philips, Sony, Sharp, TCL, Hisense and Toshiba – so TikTok’s arrival on the Play Store should bring the video-focused social network to more eyeballs.

Until recently, Samsung TVs were the only on the market with access to TikTok. The South Korean firm, which is the biggest Smart TV brand on the planet, worked hand-in-hand with TikTok to tweak the interface to work with the landscape orientation of a television. On smartphones, TikTok presents its videos as a vertical scrolling list. Vertical video is almost always the preferred format for users on the platform, which has gained huge traction in the last year.

TikTok is a pretty full-featured experience on the TV, with the app able to navigate to individual creator’s profiles, as well as sorting videos into categories. This is designed to make discovering new content easier on the TV, where users will have to use a remote control – not a touchscreen like they’re used to using with TikTok. Content is categorised into 12 categories, ranging from animals and comedy to food and gaming.

Like the iPhone and Android version of the app, videos will be viewed vertically, with black bars on either side to fill the unused screen real estate. 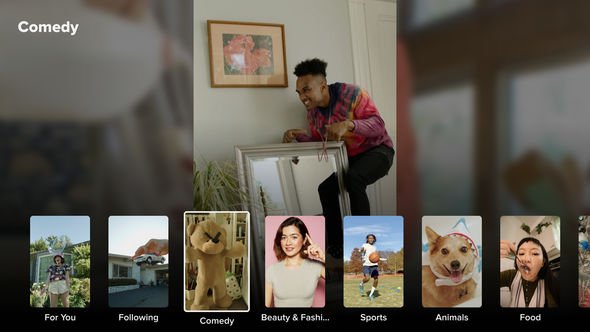 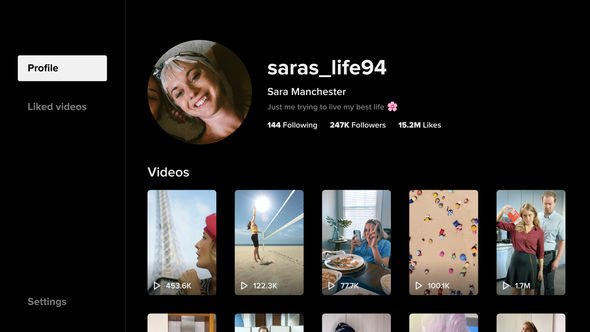 If you’d like to test it out for yourself, load up the Google Play Store on your Android TV and search for the app although it’s worth noting that the big-screen version of the app doesn’t appear to be working in every region around the globe – with the UK one of a handful of countries where TikTok works as expected on your telly.

TikTok is also coming to the new Chromecast with Google TV, which runs on Android TV – but includes an all-new interfaced with AI recommendations, a greater emphasis on artwork from shows, and games. It’s these improvements that led Google to brand its new interface as “Google TV”, rather than rely on the existing Android TV name.

Speaking about the wide roll-out of its new telly app, Rich Waterworth, General Manager of TikTok UK, told Express.co.uk: “We’re excited to bring the creativity and joy of TikTok to Google TV and other Android TV OS devices across Europe. The TikTok on TV experience will be a new way for people to come together and enjoy videos from some of our most popular content categories on the big screen.

“Whether it’s learning a new skill or just having some fun together watching what you love, now more than ever, I feel this is a brilliant way for people to be able to enjoy their favourite TikTok content together at home.”

TikTok, whose parent company, ByteDance, is based in China, has had a tumultuous year in the United States, including the threats of multiple bans by the US government as well the sale of some of its US business to the likes of Microsoft and Walmart.