If you don’t want a colossal black screen taking up space on your living room wall, Samsung has just released a product that could be just what you are looking for. The firm’s new 4K Ultra Short Throw laser projectors, called The Premier, were announced early last month and have the power to beam a pin-sharp picture onto any wall in your home.

This TV replacement even offers HDR10+ certification which means owners should get a crisp picture no matter how dark or light the image being projected. Samsung’s Premiere also supports Filmmaker Mode, which marks the first time such technology has appeared in a projector. This setting allows users to enjoy watching movies just as the Hollywood director intended.

Don’t worry about bingeing on your favourite boxsets either as the projector Is also fully connected to the web giving owners the ability to stream shows from services such as Netflix, Amazon Prime Video and Disney+.

Another bonus of this projector is how big it can make the image on your wall with Samsung confirming that it is capable of beaming footage to a size of up to 130-inches. That means you get a cinema-style experience without needing a gigantic TV in your home.

Triple laser technology makes sure it delivers revolutionary contrast details as the user watches from bright to dark scenes with a peak brightness of up to 2,800 ANSI lumens. 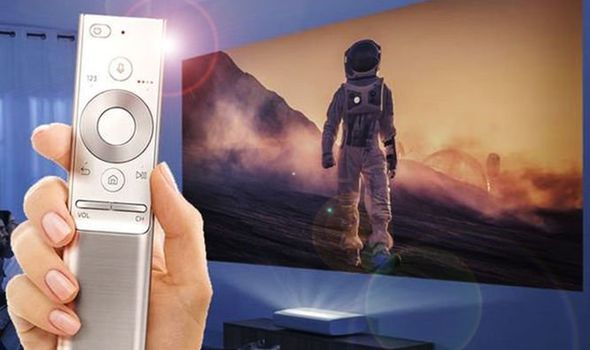 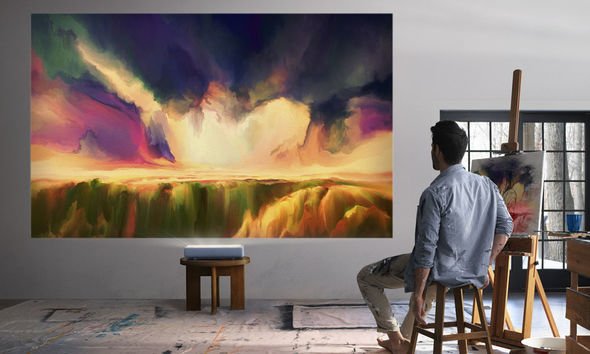 It’s all clever stuff but sadly owning one does come at a rather high price, which might put you off the idea of ditching your current flatscreen telly.

There are two models in the range with both now available to buy in the US.

“Over the past few months, we have seen how consumers are spending more time at home and how the role of everyday life continues to change. TV has become the center of entertainment, a fitness partner, a co-worker and a source for news,” said Jongsuk Chu, Executive Vice President of Visual Display Business at Samsung Electronics. “The Premiere re-imagines the home cinema experience with an all-new, compact design, 4K picture quality and big sound for tight spaces that can be used for any at-home activity and living room arrangements.”

On second thought, maybe we’ll stick with our standard 4K TV until prices drop a little.