SINGAPORE (Reuters) – Singaporean robot creator Wong Choon Yue raises his left hand and swipes it past a sensor in a high-five gesture.

Halfway across the room, a robot named EDGAR with an expressive face made of polyethylene, two hands and a torso atop a trolley with wheels, mimics the gesture, smacking its hand into that of Wong’s wife and colleague, Pang Wee Ching.

For the last six years, the couple has been developing EDGAR, short for Expressions Display and Gesturing Avatar Robot, which lets people in different locations transmit gestures and facial expressions to each other.

They say their project is the next step in the field of communications, adding to voice and video provided by applications such as Skype.

“Perhaps I have a child who is living overseas, and she misses my cooking very much. What I can do with this technology is that I log onto the robot where she is and I can use it to make her favorite Chinese chicken rice,” Wong said.

Their other autonomous robot, EDGAR-2, which is also built in humanoid form, can answer questions and hold lengthy conversations.

“I’d never imagine myself talking to a robot, and we actually held a pretty long conversation.”

For Pang and Wong, who met a decade ago on the job, their creations are akin to children for whom they feel affection and pride. 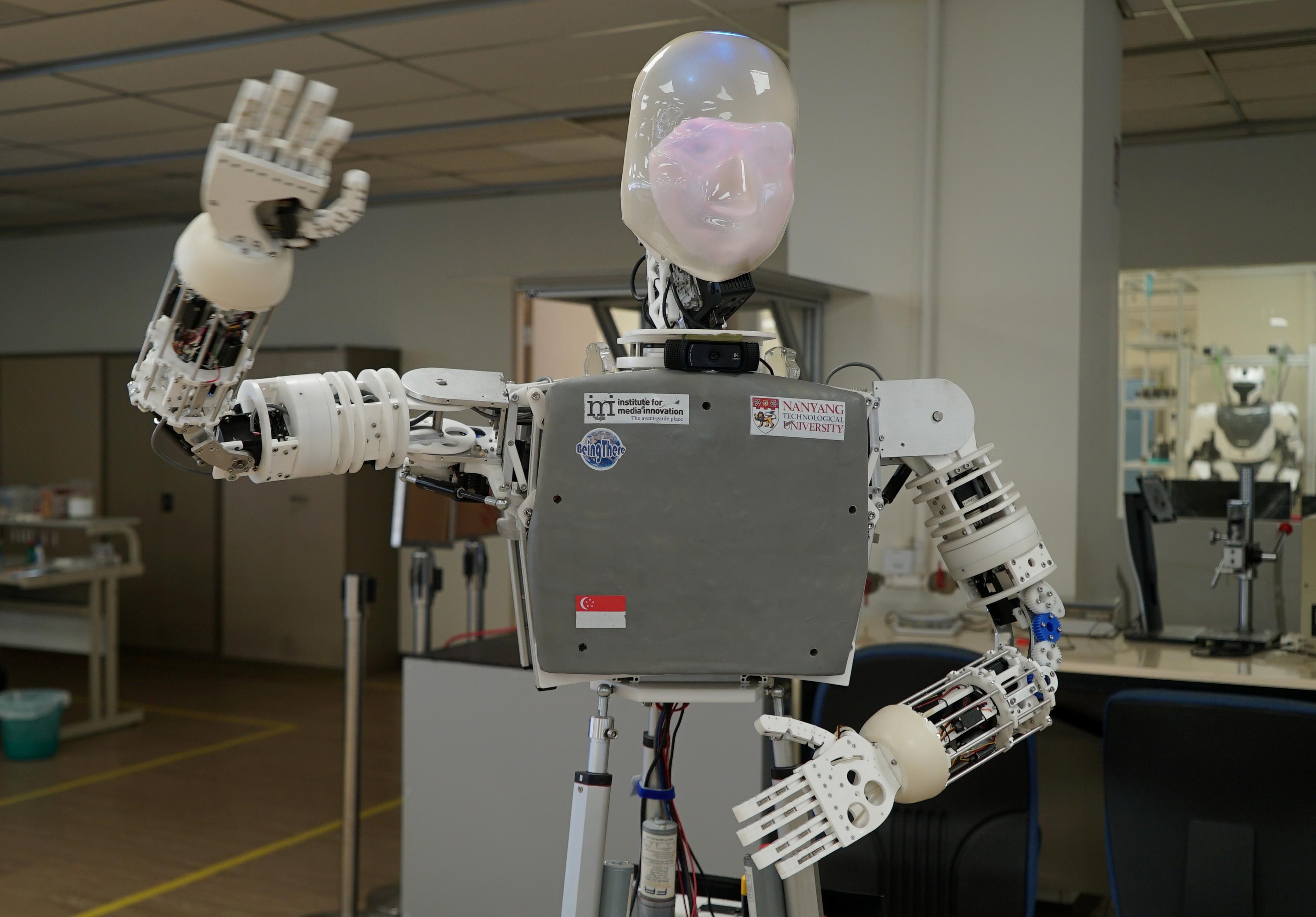 “We want it to progress, to grow. It seems like there’s a life in it,” they said, completing each other’s sentences.

The couple welcomed a baby boy called Gabriel last month, and Pang, who programed both EDGAR-1 and EDGAR-2, laughed at the idea of their robotic creations inspiring how they will raise their human one, or vice-versa.

“Maybe when I take care of the baby and learn more about how human life works, this can be applied to building the intelligence of the robot,” she said.