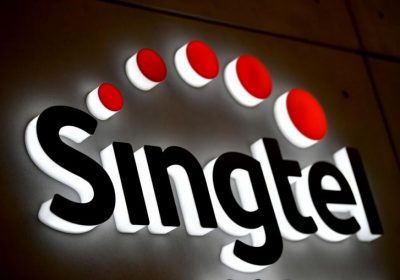 SINGAPORE – Some Singtel customers found themselves unable to connect to the Internet from home on Tuesday morning (June 8)following overnight maintenance for some of the telco’s fibre broadband customers.

This is amid tightened Covid-19 measures in which working from home has been made the default mode of working in Singapore.

In a Facebook post update close to 12pm on Tuesday, Singtel said its engineers “are refreshing affected fibre broadband connections progressively to resolve the issue”.

Apologising for the disruption, Singtel added: “Some customers may experience a momentary interruption in their connections during this time. Please bear with us.”

According to outage tracking website Downdetector.com, the number of reported outages for the telco peaked at 1,041 at around 12pm.

Some people reported outages as early as 1.30am, with the number of reports gradually rising later in the morning.

A Singtel Facebook post at 7.50am alerting users about the issues had racked up over 570 comments as of 12.20pm. A second Singtel post on the matter at about 9.50am drew over 420 comments.

The downtime appeared to affect many who live in the eastern and north-eastern parts of Singapore, such as Tampines, Pasir Ris, Sengkang and Punggol, according to comments on Singtel’s Facebook posts.

Customers said the Internet outage meant they had difficulties working from home, such as not being able to get into online meetings. This led to many using their mobile data to connect online instead of using broadband and Wi-Fi.

“I hope your crisis management or product team (can) comprehend that many of us are working from home,” wrote Facebook user Wilson See Wei Ren. “The least you could do is to relax the data usage or bandwidth of our mobile (phones) since that’s the only way for us to stay connected.”

Many people also asked why Singtel did not notify them earlier about the maintenance and why it had to be done during a time when working from home was the norm.

And while it was still the school holidays, the downtime affected some who were still doing home-based learning.

“If you are not getting a connection, please perform a sequential reboot of all your routers. We apologise for the inconvenience caused and thank you for your patience,” said Singtel on Facebook at 7.50am.

Replying to some customer comments, Singtel shared instructions to power off their networking equipment such as their routers, wait for about 1 to 3 minutes, and then power them back on again to help “re-synchronise and refresh the connection”.

However, many customers who tried this method said it did not work for them and they were still unable to connect online.

Singtel later said in an update at around 9.50am that it was aware that some customers were still experiencing issues with their connection.

The Singtel outage is not the worst in recent months, however.

In December last year, M1 users were hit by a fibre broadband outage that lasted more than four hours for some.

That incident appeared to affect more customers, with 6,400 comments on an M1 Facebook post on the matter.

Downdetector.com logged around 9,800 outage reports for M1 at one point.