Home » Technology » Sky TV costing you too much? This new deal will help to slash your Christmas bills

Sky TV costing you too much? This new deal will help to slash your Christmas bills If you’re looking to cut the cost of your Sky TV bill, the satellite broadcaster is offering some stunning deals to make things a little cheaper over the festive period. Sky’s streaming side project NOW TV, which allows you to watch without any long-term contracts, has a number of huge money-saving discounts.

These include lower prices for Sports, Cinema and Entertainment. Firstly, there’s a new deal which is offering a whole six months of Sky Cinema for just £42.99 which is a huge saving of 40 percent.

By signing up to this offer you’ll get access to all of the latest movies plus a swathe of festive films, such as the classic Die Hard blockbuster, which are being shown over the next few weeks.

If that deal doesn’t take your fancy then there’s also money-off Sky Sports with fans able to get these channels for £16.99 for the first month.

The usual price is £33.99 so this is a considerable saving plus you can cancel at any time.

One final deal is giving customers the chance to get 12 months of Sky Cinema and Entertainment for £114.99 – saving 50 percent off the usual cost.

You can find the NOW TV deals here ~ 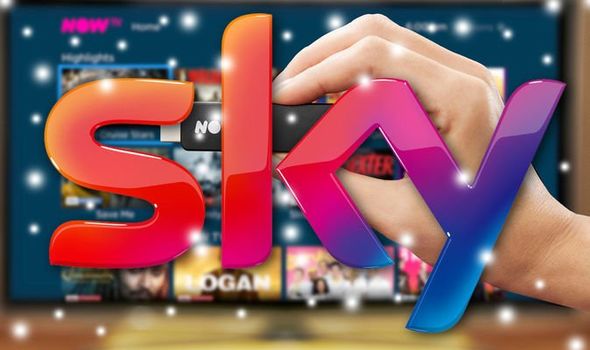 It’s worth noting that NOW TV is a streaming service, so you’ll need a compatible device – like an internet-connected Smart TV, games console, set-top box like Roku or Apple TV – in order to bring the live sports coverage, movies and box sets to your living room.

If streaming sounds like to much hassle there are still a few festive deals available directly from Sky.

The satellite TV firm has three deals on its Sky Q bundles which include Sky Sports plus Cinema and Entertainment for £47 per month – saving £21.

There’s also Entertainment and Cinema for £32 – saving £9 and Entertainment with Sports for £42 – saving £15. All of these deals require you to sign up to an 18-month contract so make sure you are happy with the monthly price before joining.