Home » Technology » Sky, Virgin and BT broadband eclipsed on price but only if you make a drastic change

Sky, Virgin and BT broadband eclipsed on price but only if you make a drastic change 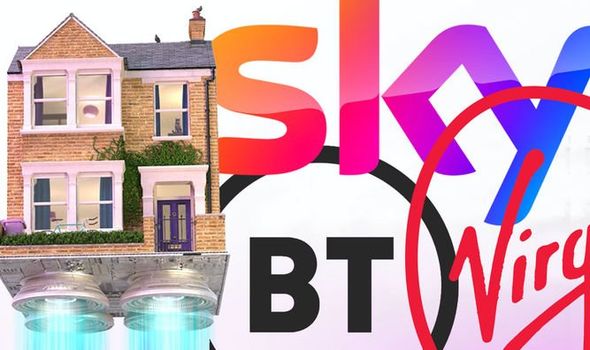 Virgin Media, Sky and BT might be some of the most popular broadband suppliers in Britain, but a new offer from SIM supplier Three Mobile could be enough to tempt you away from these more established brands. The UK mobile network has just announced a deal which brings Wi-Fi into your home for just £15 a month – considerably cheaper than almost all of its rivals.

The deal includes unlimited downloads, so there’s no need to worry about extra charges for bingeing a boxset in a single sitting, and there’s also no upfront costs. Better yet, there’s no installation needed either. Instead Three simply mails one of its network-connected routers to you to plug in. That’s it.

Once plugged into the mains, this Wi-Fi router can beam the web to up to 64 devices around your home.

It all sounds very cheap and easy to set up but there is one big change you’ll have to accept if you want this bargain broadband. That’s because the downloads that arrive into your property are via the 4G mobile signal and not the usual fixed-line connection most of us currently use.

This isn’t an issue unless you live in an area with a poor Three Mobile connection. Three doesn’t give any promises on speeds stating that download times will depend on where you live, which is frustratingly vague.

However, according to a recent report by OpenSignal, Three offers average 4G download speeds of 22.4Mbps nationwide, which is fast enough to stream Netflix in High Definition, but it’s probably not good enough if you are a power user or have a house full teenagers trying to watch online movies and download the latest titles to their consoles.

One final thing to note is that this deal is only available until the end of September, so if you think it’s for you then you’ll need to be quick.

£15 per month is certainly cheap and below is a comparison of what Three’s rivals are offering.

News of this deal from Three comes as Virgin Media has just announced it’s begun testing new speeds which are capable of bringing downloads to homes at over 2Gbps. At that rapid rate, you’d be able to beam a full HD movie to your TV in under 30 seconds.

Virgin is making it clear this is simply a test but it was achieved using standard equipment which means a launch could arrive in the coming months.

Speaking about the upgrade, Jeanie York, Virgin Media’s Chief Technology and Information Officer, said: “We invest more than £1 billion into our network every year and this innovative trial demonstrates how Virgin Media’s existing future-proof cable network can deliver lightning-fast, multi-gigabit broadband speeds. We stand ready to power our customers’ connectivity needs for whatever comes next.”