Home » Technology » Sky, Virgin Media and BT forced to stop you paying too much for broadband and TV

Sky, Virgin Media and BT forced to stop you paying too much for broadband and TV The UK television, phone and broadband companies are being hit by tough new rules which should stop customers overpaying from today.

From now on, all Internet Service Providers (ISPs) including BT, Sky, Virgin Media and TalkTalk will have to contact customers to let them know when their current deal is coming to an end. Until now, customers had to keep track of their contract themselves – leaving some paying the same rate well after the end of their 24-month contract had finished.

The new rules should allow those who subscribe to TV, broadband and phone plans plenty of time to switch to a more competitive option from the same provider or a rival firm. Many companies offer reduced prices in a bid to entice new customers to join their services, but once these deals come to end the costs often increase significantly. This leaves many paying far too much without realising they’re overpaying.

According to telecoms regulator Ofcom, which has is behind the new move, around 20 million customers are already out of contract – including 8.8 million broadband customers – and many are paying more than they need to.

Its latest research reveals show that every day some 25,000 broadband customers come to the end of their contract – usually leading to an automatic price rise. Speaking about the change, Ofcom Consumer Group Director Lindsey Fussell said: “Millions of people are out of contract right now and paying more than they need to. These new rules make it easier to grab a better deal.

“But you don’t need to wait to hear from your provider. Just a few minutes of your time could save you hundreds of pounds today.” 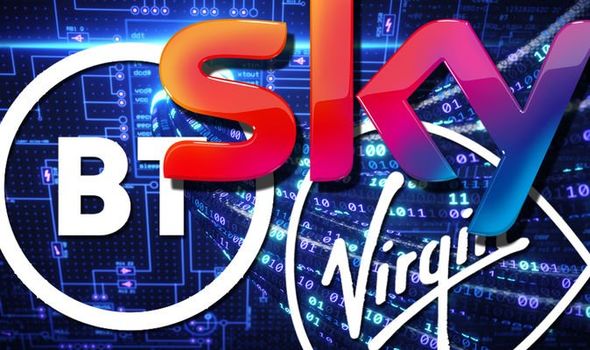 Here’s how the new system works.

Under the new Ofcom rules, phone, broadband and pay-TV companies will have to warn customers between 10 and 40 days before their contract comes to an end. These alerts – sent by text, email or letter – must include:

• When your contract is up;

• What you’ve been paying until now, and what you’ll pay when your contract is up;

• Any notice period for leaving your provider; and

• Your provider’s best deals, including any prices only available to new customers.

To prove what an important decision this is, Ofcom has revealed that it has discovered out-of-contract broadband customers could save around £100 a year, on average, by agreeing a new deal with their existing provider.

Some could save £150 or more, depending on their provider. And this does not include savings people could make on their TV package too. Around three million out-of-contract broadband customers could actually upgrade to a higher-speed package with their provider and pay less than they do now.