Home » Technology » Sky warning: Millions of broadband users at risk for over a year – change your password

Sky warning: Millions of broadband users at risk for over a year – change your password 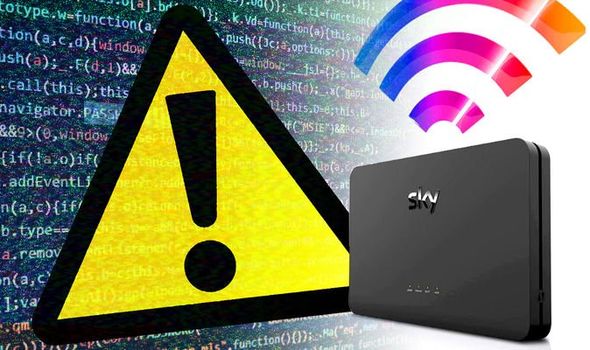 Millions of Sky broadband customers could’ve had their home Wi-Fi network taken over by hackers due to a serious software bug, a prominent security company has revealed. The problem, which has since been fixed for all six million customers who were impacted, took Sky around 18-months to address. Anyone who didn’t change the default password for their Wi-Fi router was left at risk of the dangerous hack, researchers have revealed.

Addressing why it took over a year to resolve the glitch on millions of its routers, Sky said that an update at this scale always takes time. A spokesperson for the company said, “We take the safety and security of our customers very seriously. After being alerted to the risk, we began work on finding a remedy for the problem and we can confirm that a fix has been delivered to all Sky-manufactured products.”

Sky has launched an unmissable bargain for the Black Friday sales season, offering its award-winning Sky Q box bundled with speedy broadband at its “best ever price”. This bundle gives access to over 200 channels, the Sky Q box to pause and rewind live telly and stream Netflix and Prime Video, all powered by average broadband speeds of some 59Mbps. Of course, you can add paid-for channels, Sky Sports, Sky Cinema and Netflix at checkout too