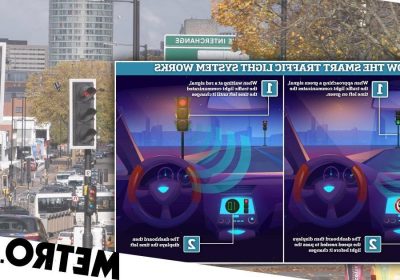 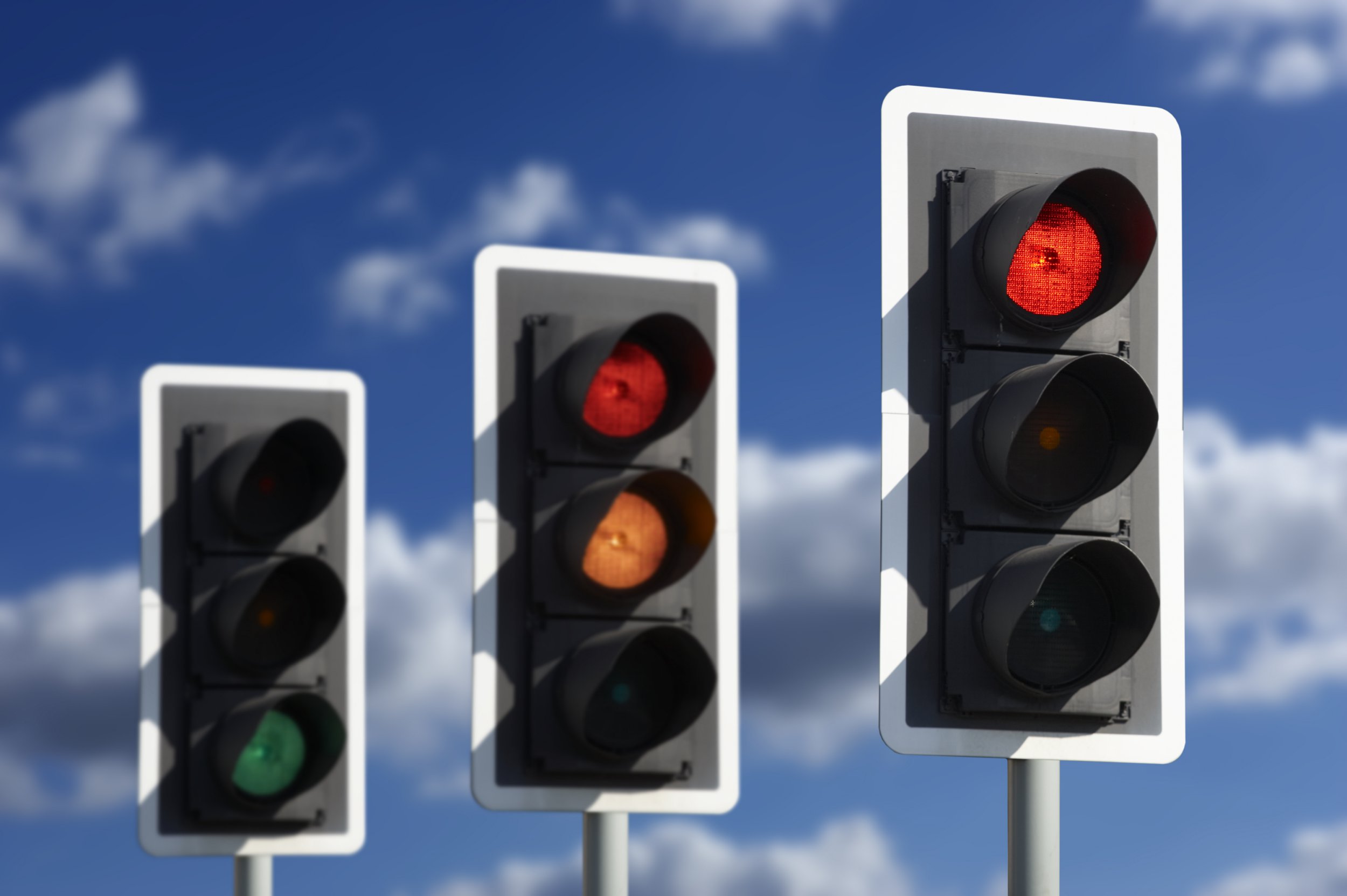 Drivers will be well aware of the feeling of hitting all the red lights during a particularly stressful journey.

But a new kind of ‘smart’ traffic light may be able to ease the pain – as well as making people drive more efficiently around the UK.

The idea is the lights will communicate to the car before you reach them, telling you what speed you need to travel to safely beat the light change.

Alternatively, if stopping at a red light is inevitable, the lights will tell you how long you’ll have to wait before they go green.

The smart lights will relay the information to a dashboard-mounted display in equipped cars and has a range of two-thirds of a mile, roughly one kilometre.

As well as keeping a lid on road rage, the lights could be better for the environment.

Tests by Highways England and infrastructure consultants Amey showed the lights were found to reduce vehicle emissions by a quarter. It did this by eliminating unnecessary stops as drivers knew they could safely get through the lights.

Why the focus? Because emissions can rise when vehicles are revved from stationary. If you cut down on this you can lower CO₂ and NOx output levels by up to 27 per cent and 17 per cent, respectively.

The smart traffic lights are known as a ‘Green Light Optimal Speed Advisory’ system and have been tested on the A2 and M2 in southeast England and on the the A45 Coventry Road from Birmingham.

The latest trial, which ran for four months and cost £825,000, saw smart lights tested on two motorways in the Greater Manchester area — the A627(M) and the M66.

‘Though we have still some work to do to qualify the initial data, we are very excited at the early results,’ Highways England’s director of innovation Paul Doney explained to the Times.

‘By using connected technology to optimise a vehicle’s speed at junctions, it’s an opportunity to not only reduce pollutants, including carbon emissions, but to give a better experience to customers as well,’ he added.

According to Mr Doney, Highways England will be further analysing the trial data before considering whether to roll out the smart lights for widespread use around the country.