TOKYO (Reuters) – SoftBank Group Corp broke with tradition on Tuesday and did not disclose operating profit in its quarterly results, saying the measure was “not useful” to gauge performance, and instead pointed to a $2.8 billion gain at its Vision Fund. 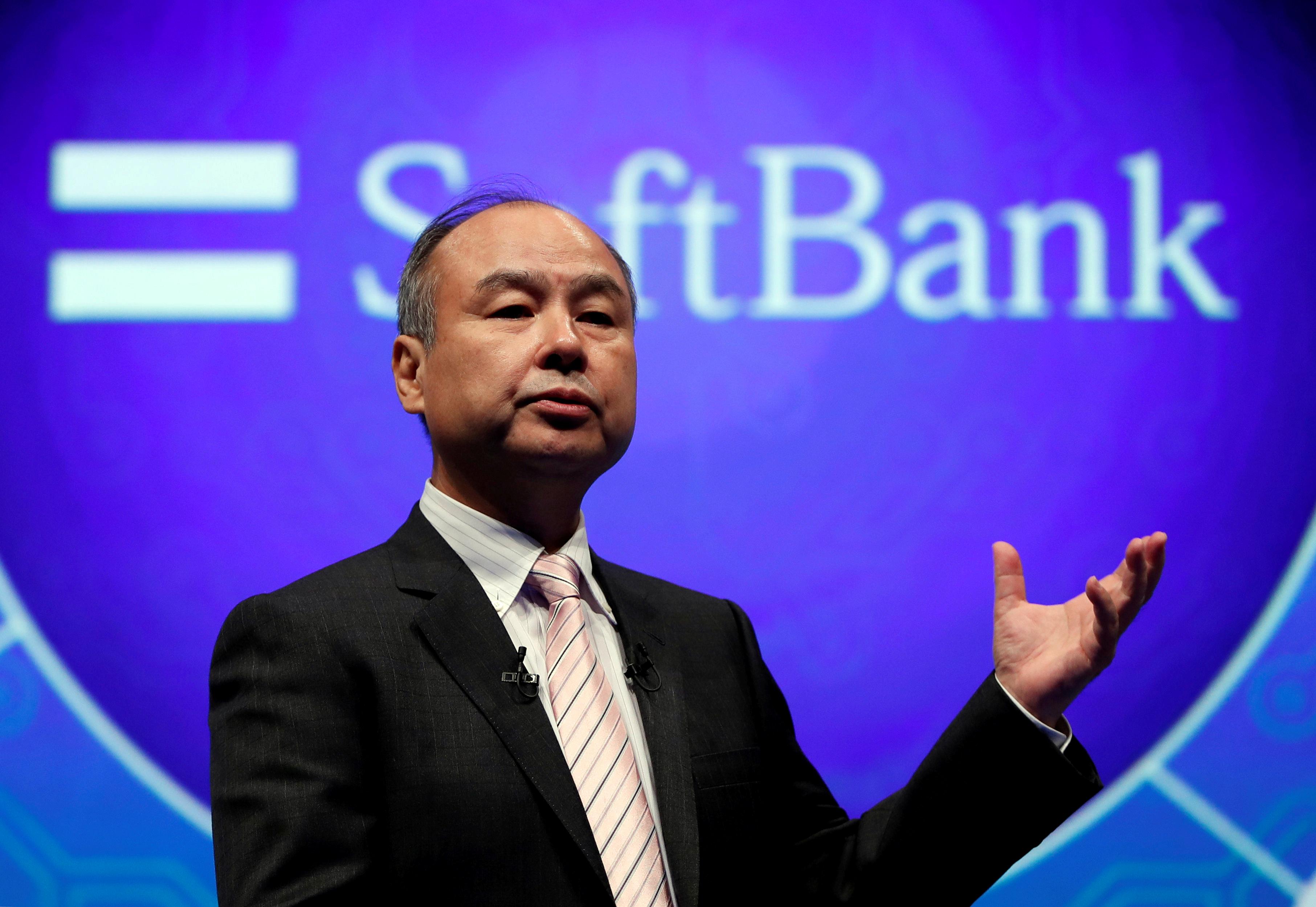 Chief Executive Masayoshi Son has long emphasised the total value of assets as his preferred yardstick. Yet by jettisoning operating profit, he could further stoke investor complaints about a company long seen as opaque and difficult to value.

The 297 billion yen ($2.80 billion) investment gain in the April-June quarter was driven by the sell-down of assets and upwards revaluation of its portfolio, SoftBank said on Tuesday.

But Son, who is known for unflagging optimism, cast business in the COVID-19 era in martial terms and said the company was taking a defensive tack.

“Every day is like a war,” he told an earnings briefing. “Cash is the defence for us.”

Analysts had expected SoftBank to report a first-quarter operating profit on Tuesday, after booking three consecutive quarters of loss. In the last financial year, the Japanese conglomerate plunged to a record operating loss following huge writedowns at its $100 billion Vision Fund.

The fund is benefiting from a global rally in technology stocks and demand for listings, with portfolio firm Lemonade Inc making its debut in July and BigCommerce Holdings Inc’s shares popping last week. Further listings are planned.

As at the end of June, Vision Fund’s $75.2 billion investment in 86 startups was worth $71.5 billion. The portfolio’s value fell below acquisition cost in the fourth quarter ended March.

SoftBank provides little detail on how it calculates valuations. For the first-quarter’s gain, it pointed to sectors including e-commerce and food delivery growing during the coronavirus outbreak.

SoftBank said the fund trimmed stakes in four listed portfolio companies in April-June and exited three unlisted companies. It did not identify the companies.

Gains also came from the sell-down of assets such as wireless carrier T-Mobile US Inc following its merger with peer Sprint.

Chip designer Arm is also up for sale, media reported. The business has turned money-losing under Son’s watch, with losses deepening in the April-June quarter.

SoftBank has propped up its share price with a massive buyback plan funded by the asset sales.

Its shares ended down 2.5% ahead of the earnings announcement, versus a 1.9% rise in the benchmark Nikkei index. The stock has risen almost 140% since March lows.