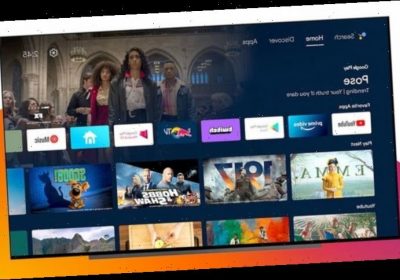 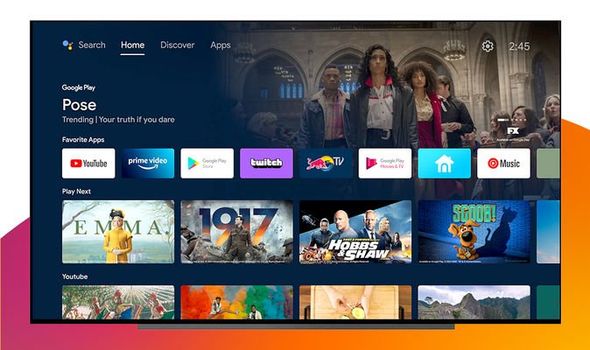 Google has kickstarted an ambitious redesign of its popular Android TV software, bringing the design and smart features introduced with its all-new Chromecast with Google TV device last year to millions of TVs already set up in people’s homes. Google TV packs a truckload more features than its predecessor, Android TV, and helps the software fend off competition from the likes of Amazon’s Fire TV, and Apple TV.

While Android TV was essentially a glorified list of streaming apps. Some of these would include thumbnails for shows that you were in the process of watching – so you could bypass a few menus and get straight back into your show, but that was about as smart as it got. Of course, that’s not necessarily a terrible thing – when compared with the vast majority of operating systems designed by telly manufacturers themselves, Android TV was fast, offered plenty of customisation to get everything working with an external sound system, and more.

However, compared with the likes of Fire TV and Apple TV, it was starting to look (very) long in the tooth.

Enter, Google TV. Following the upgrade, your existing Android TV homescreen will now include three tabs – Home, Discover, and Apps. The former offers much of the same experience as Android TV, including a horizontal list of Favourite Apps and a row of thumbnails for shows you’re already watching to act as a shortcut back into the action. While the functionality is the same as Android TV, it’s worth pointing out that the visuals have been seriously improved – with full-bleed artwork and previews from shows filling the background as you swipe through the menu. 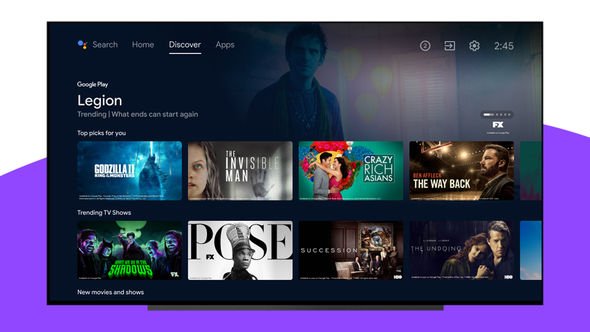 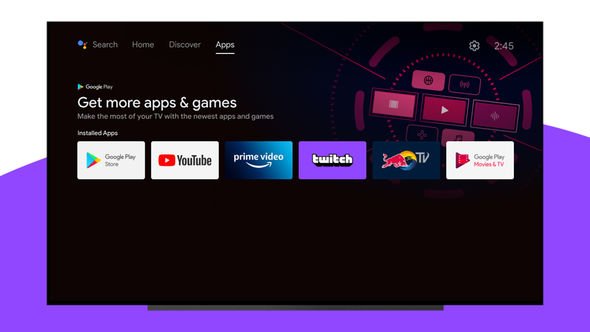 But it’s the second tab, Discover, where Google has really shaken things up. This menu brings a lot of the smart features that debuted in the Chromecast with Google TV dongle last year. On that device, the menu is known as For You, not Discover, but the purpose is identical. Google will include a number of movies and TV shows that are currently trending on Google Search – suggesting they’re some of the most talked-about around right now. Google will also make personalised recommendations based on your viewing history.

This is something Apple TV and Fire TV have done for a while now, but Android TV never could manage. As you stream more shows on Google TV, the software will learn your tastes and suggest new boxsets and blockbusters that might float your boat. Crucially, these recommendations won’t solely be from Google’s Play Store offering, instead, these will be pulled from a number of the streaming services installed on your telly, including Netflix, Prime Video, Disney+ and more.

Unfortunately, there doesn’t seem to any sign of the Watchlist feature that we praised in our Chromecast with Google TV review. This creates a list of shows and films you’re interested in direct from your Google Search results. So, if you’re searching for news about an upcoming show, tap the Watchlist icon at the top of the results to add it to your Chromecast. The device will also remind you when the show has started.

With any luck, that’ll arrive in a future update.

The final tab, Apps, is pretty self-explanatory. This shows all installed apps as well as a shortcut to the Google Play Store to find new streaming services and games.

Google has confirmed its dramatically redesigned homescreen is currently rolling out to Android TV sets in the United States as well as Australia, Canada, Germany, and France. Unfortunately, the UK isn’t receiving the update quite yet, although Google has revealed that many more countries will follow soon.

Android TV is used by a wide variety of manufacturers, including Sony, Hisense, Philips, Sharp, TCL, Toshiba, and more.