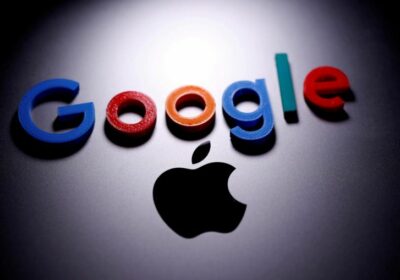 SEOUL (REUTERS) – South Korea said on Wednesday (Nov 17) it plans to impose a fine on dominant app store operators such as Apple and Alphabet’s Google if they force app developers to use only their payment systems.

The Korea Communications Commission (KCC) said it proposes a a monetary penalty of up to 2 per cent of South Korea app market revenue in such instances.

The dominant app market operators will also incur a monetary penalty of up to 1 per cent of South Korea app store revenue for undue delays in reviewing apps or deletion of an app from the app store, the regulator said in a statement.

The country amended the Telecommunication Business Act in August to curb the big app store operators’ market dominance and stop them from charging commissions on in-app purchases.

The detailed draft of regulations set out on Wednesday is expected to be enforced by March after consultations, the KCC said.

Apple and Google are not doing enough to comply with the South Korean law, a lawmaker who spearheaded the amendment told Reuters this month.

The KCC said that if app developers are disadvantaged when using other payment methods, which in turn leaves them with no choice but to use a specific payment method, it will be considered as forcing them.

The new rules also impose a compulsory fee in instances where the dominant app store operators fail to submit information requested by the regulator.

The fine of up to 2 per cent of revenue is the extent of the monetary penalties allowed by the amended Act, a KCC official said.