London: It may not quite compare with the doughnut-shaped universe theory which Professor Stephen Hawking threatened to steal from Homer in a famous episode of The Simpsons.

But the renowned cosmologist's final published theory, submitted before his death on March 14, provides just as much food for thought. 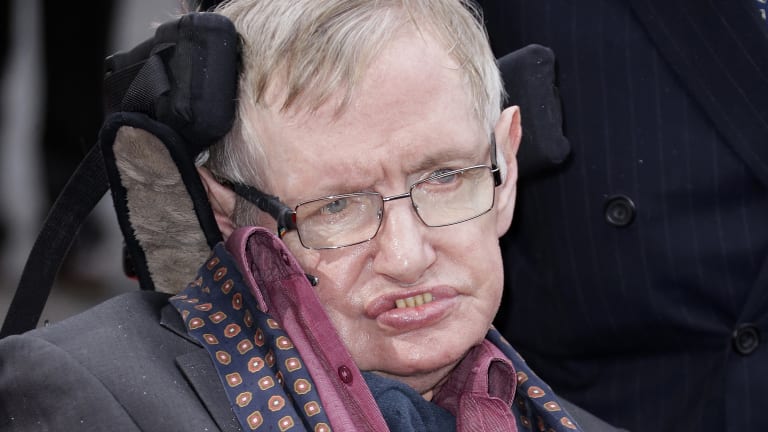 In a posthumous paper, Professor Stephen Hawking has theorised about the notion of a holographic reality.

Professor Hawking was always troubled by this idea, which at a fundamental level cannot be reconciled with Einstein's theory of general relativity. In an interview last year he said: "I have never been a fan of the multiverse".

The new theory embraces the strange concept that the universe is like a vast and complex hologram. In other words, 3D reality is an illusion.

The apparently "solid" world around us – and the dimension of time – is projected from information stored on a flat 2D surface.

Hawking and Hertog's variation of the holography theory overcomes the problem of combining eternal inflation with General Relativity.

Professor Hertog, from the Katholieke Universiteit Leuven (KT Leuven), said the concept of a holographic universe emerged from string theory, the idea that the smallest building blocks of the universe consist of tiny vibrating strings.

"It's a very precise mathematical notion of holography that has come out of string theory in the last few years which is not fully understood but is mind- boggling and changes the scene completely," he said.

Applied to inflation, the newly published theory suggests that time and "the beginning" of the universe arose holographically from an unknowable state outside the Big Bang.

"It's a theory that envisages a beginning to the universe where time is not present but our notion of time crystallises, and it's saying that time is fundamentally coming out of some other state for which we have no words. Some very abstract timeless state – that's the best we can do."

The theory does not completely do away with the multiverse but no longer envisages an infinite "fractal" structure.

"We are not down to a single, unique universe, but our findings imply a significant reduction of the multiverse, to a much smaller range of possible universes," Professor Hawking said before his death.