The huge crossover fighting game took up a lot of Nintendo’s E3 2018 Direct showcase (where they also confirmed Fortnite, Overcooked 2 and Dragon Ball Fighter Z for the hybrid system), and they reveal so many details about movesets, stages, assist trophies and more.

But let’s get to the characters first: everyone is back!

Every character who has ever been in a Smash game is back. That means Pichu and Young Link from Melee, Wolf, Solid Snake, the Ice Climbers and Pokémon Trainer with Squirtle, Ivysaur and Charizard (now with female option) from Brawl, as well as all the DLC characters from the Wii U and 3DS versions.

In terms of new characters, we’ve got the previously revealed Inklings from Splatoon, Princess Daisy as an ‘echo character’ for Peach (think Dark Pit) and, after all this time, RIDLEY!!

Yep, the long awaited Super Metroid baddie is FINALLY getting his playable Smash debut. All that’s left is Waluigi to make the leap now.

In terms of stages, we’ve got plenty of returning favourites, plus the Great Plateau from The Legend of Zelda: Breath of the Wild. Bomberman, the Squid Sisters and Pokémon from Sun and Moon are joining as assist trophies. The fake Smash Ball was announced as a new item that’s sure to cause plenty of frustration. 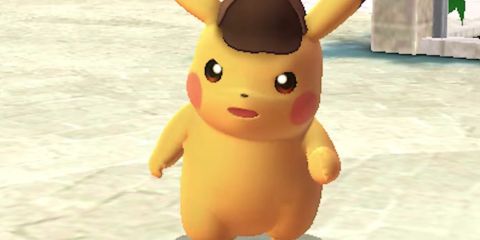 In terms of other details, plenty of characters have new (or older) costumes, changes to their movesets, new voices (!) and more. 1-on-1 fights will also be faster with characters taking more damage per hit, and your amiibo data from the Wii U/3DS will transfer over. And yes, Gamecube controllers will work too.

If it sounds like the game sounds very nearly finished, that’s because it is. Super Smash Bros Ultimate releases on Nintendo Switch on December 7, 2018.