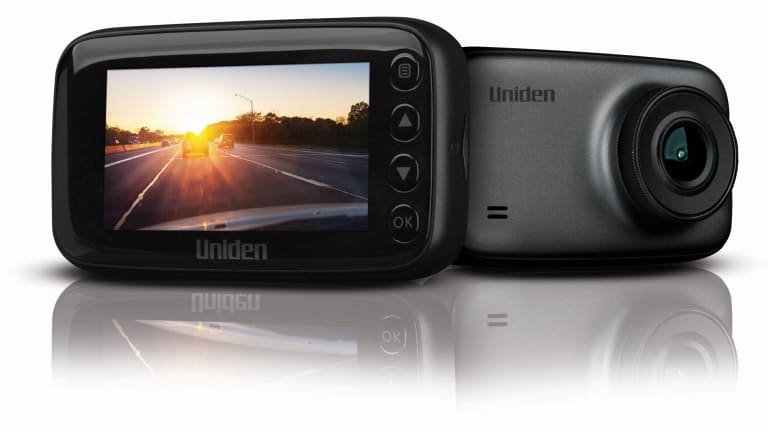 From meteors streaking across Russian skies to chainsaw road rage in Sydney, dash-cam video has been raising eyebrows in recent years. Meanwhile, between capturing countless hours of extremely mundane video, they occasionally fulfil their primary function: providing evidence for legal and insurance purposes in the case of collision.

While dash cams are illegal in some countries because of privacy concerns, it's all systems go here (except recording private activities without consent). Their increasing popularity is apparent with the March arrival of Australia's first car with factory-fitted dash cam, Citroen's C3 hatchback. 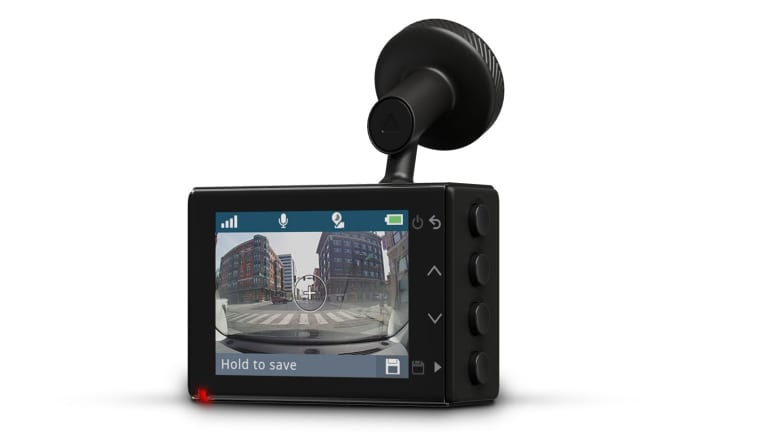 I tested Uniden's iGO CAM 60 and Garmin's 65W. Common features that make incident video genuinely useful include: relatively high resolution; wide-angle lenses; time stamping; and GPS geotagging. Both can also automatically save video if the vehicle swerves or collides; record if the parked vehicle is bumped; and loop record so new video replaces old when the SD card is full.

Driver-assist features include warnings for speeding, frontal collision and lane departure. The latter didn't function well when testing the Uniden. This may have been due to it not being optimally positioned, which is challenging given optimal driver viewing is also important, and the mount's sticker only works once.

The best of Garmin's three dash cams (the cheapest is $199) has voice activation and timelapse playback options, 180-degree vision, 1080p resolution and a two-inch LCD screen – not much bigger than the compact unit itself, yet graphics are highly visible. The magnetic mount makes attaching and removal easy. An SD card is supplied, and video can also be downloaded via the app. The battery lasted about 30 minutes. An additional cable is required for park mode.

Uniden's mid-range option (iGo CAMs range from $99.95 to $275.95) has 150-degree vision, 1296p resolution and a 2.7-inch LCD screen. Warning sounds were often not accompanied by any apparent graphic explanation. Speedo view didn't function, other than once suddenly activating after a speed-camera alert. The latter was unreliable as it sometimes didn't detect them on my side of the freeway, but frequently did on the other. The battery lasted about 12 minutes.

The Uniden works well as a dash cam, but its driver-assist functions were unreliable during testing. Garmin's higher price delivers nice features such as voice command and timelapse playback, all features worked consistently and, despite this device being almost half the size, the screen was easy to read at a glance.

Attention, coffee addicts and automotive gadget fanciers! The Handpresso Auto fits in your car's cup holder, plugs into the 12-volt socket and makes a 50-millilitre espresso in about two minutes. There are models for Nespresso-compatible pods, both ground coffee and pods, and the larger, low-pressure Handcoffee Truck that makes 110-millilitre coffees. Accessories include a filter for making intense ristretto.

Brit woman, 45, dies after feeling unwell as she walked out to sea in Portugal | The Sun

Don McLean, 76, heads out with partner Paris Dylan, 28, in Manchester

Man Utd, Newcastle and Tottenham all set to bid for Endrick as transfer race for 16-year-old wonderkid hots up | The Sun