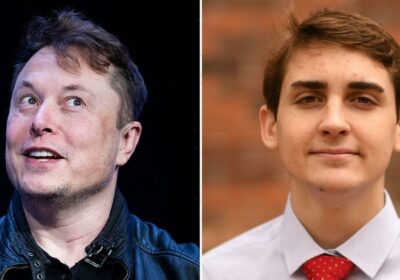 The teen computer whiz who has made a name for himself tracking the whereabouts of Elon Musk's private jet is worried for his future after the billionaire bought Twitter yesterday.

Sweeney has taken to Twitter to examine Musk's comments about the future of the platform to try and work out whether his jet tracking pages will remain online.

He noted that Musk wants to prioritise getting rid of 'spam and scam bots' on platform, and asked "Would he include my bot and others that are of actual use or just spambots?"

Sweeney also highlighted that Musk began buying shares of Twitter very shortly after he refused to take down the ElonJet page, and said: "If he considers ElonJet a security risk rather than a critic then I'm probably gone."

For now, Sweeney seems to be moving at least some of his trackers to a special Discord server, and says a Telegram channel for the tracker is "coming soon."

In the meantime, he has pleaded with Musk for new negotiations, saying: "Negotiations don't have to be over just DM me again, I'm still up for taking it down if we figure something out."

When Sweeney first set up his ElonJet tracker page, Musk offered the teen $5,000 (£3700) to take down the tracker, saying: “Can you take this down? It is a security risk. I don’t love the idea of being shot by a nutcase.”

However, Jack turned it down and demanded a higher sum of $50k (£37,000), saying: “Any chance to up that to $50k? It would be great support in college and would possibly allow me to get a car maybe even a Model 3.”

Instead he got blocked by Musk before moving onto other targets, including Russia's elite and other celebrities.