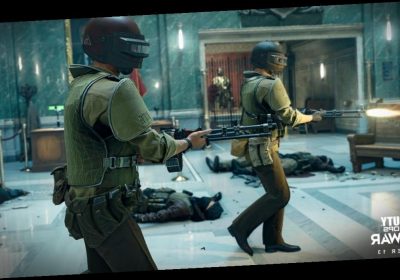 Gamers with PS5 and Xbox Series X consoles have a host of co-op couch play games to enjoy at home with a pal or family member.

While many players nowadays want to get online and battle it out on games like Fortnite and Call of Duty from afar, the classic form of physical side-by-side multiplayer gaming is still very much alive in the next-generation consoles.

So we thought we’d give you a list of some top co-op titles that you can play with someone in the flesh at home as we ride out the coronavirus crisis and keep our social distance indoors.

Sackboy: A Big Adventure is a flagship launch title for the Playstation 5 machine and we rated it highly in our review.

This great little platformer is best as a two-player game a huge fun with a pal if you’ve got two of Sony’s fancy DualSense controllers to use.

Working together, you can conquer tough puzzle levels and really crank up the enjoyment.

There are even levels you can only play in co-op, giving you fresh content when signing in with another player.

Tetris Effect: Connected is one of the sleeper hits on Xbox Series X.

This modern take on the classic puzzle shapes game includes several cracking two-player modes that can be played by two people sitting on the sofa.

Our favourite is where you team up on one side of the screen to take on a Tetris boss who sits on the right hand side.

Queue feverish block movement as you try to pause and blast each other with additional layers of lines to ultimately be crowned winners.

Dirt 5looks super silky on the 4K consoles but you’ll be happy to hear that this Codemasters hit also boasts a classic split-screen mode where you and a pal can race each other through the entire campaign.

Races are spread out across multiple scenic locations and the makers ensure you can do all the key things in co-op that you’d want to do in single player too.

Gears 5 isn’t a brand new game but it’s optimised for the Xbox Series X and is one of the top titles available right now on Microsoft’s excellent Netflix-style Game Pass service.

The over-the-shoulder shooter classic is also a split-screen experience and you can embark on the epic story the same as a single player with a buddy by your side.

Players take control of Kait Diaz, JD Fenix, and Del Walker, who form the ‘Delta Squad’. And it’s up to Kait and co. to take down the threat of the Locusts.

Warhammer: Chaosbane has had a spruce-up for the next generation PS5.

The 45-degree blaster game looks incredible in 4K visuals and you get to wield some pretty awesome weapons as you take on hordes of baddies alongside a friend in co-op.

The characters cross screen and melee their way through evil, dark and desecrated backdrops using a host of blades and magic abilities to slay the nasties.

Up to four players can play together, making this one of the best couch co-op games on Sony’s console.

It’s not all modes, but you can still get your fix of first-person shooter action with a buddy by your side in the latest version of the hit franchise.

You can also use the Cold War split screen multiplayer without taking the game online through the Custom Games option. It means the two of you cash battle it out against AI bots instead of hardened players over the internet.

The classic annual football sim is better than ever in EA Sports’ latest version and it still continues to offer two player at-home button bashing matches.