The Internet Eats Up Less Energy Than You Might Think 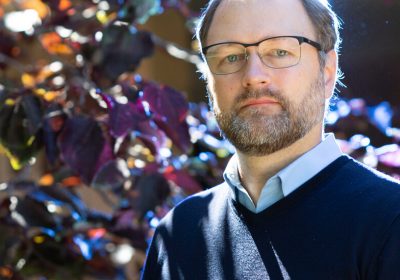 The giant tech companies with their power-hungry, football-field-size data centers are not the environmental villains they are sometimes portrayed to be on social media and elsewhere.

Shutting off your Zoom camera or throttling your Netflix service to lower-definition viewing does not yield a big saving in energy use, contrary to what some people have claimed.

Even the predicted environmental impact of Bitcoin, which does require lots of computing firepower, has been considerably exaggerated by some researchers.

Those are the conclusions of a new analysis by Jonathan Koomey and Eric Masanet, two leading scientists in the field of technology, energy use and the environment. Both are former researchers at the Lawrence Berkeley National Laboratory. Mr. Koomey is now an independent analyst, and Mr. Masanet is a professor at the University of California, Santa Barbara. (Mr. Masanet receives research funding from Amazon.)

They said their analysis, published on Thursday as a commentary article in Joule, a scientific journal, was not necessarily intended to be reassuring. Instead, they said, it is meant to inject a dose of reality into the public discussion of technology’s impact on the environment.

The surge in digital activity spurred by the Covid-19 pandemic, the scientists said, has fueled the debate and prompted dire warnings of environmental damage. They are concerned that wayward claims, often amplified by social media, could shape behavior and policy.

“We’re trying provide some mental tools and guidelines for thinking about our increasingly digital lifestyles and the impact on energy consumption and the environment,” Mr. Masanet said.

The headline on their analysis is “Does not compute: Avoiding pitfalls in assessing the internet’s energy and carbon impacts.”

Exaggerated claims, the pair said, are often well-intentioned efforts by researchers who make what may seem like reasonable assumptions. But they are not familiar with fast-changing computer technology — processing, memory, storage and networks. In making predictions, they tend to underestimate the pace of energy-saving innovation and how the systems work.

The impact of video streaming on network energy consumption is an example. Once a network is up and running, the amount of power it uses is much the same whether large amounts of data are flowing or very little. And steady improvements in technology decrease electricity consumption.

In their analysis, the two authors cite information from two large international network operators, Telefónica and Cogent, which have reported data traffic and energy use for the Covid year of 2020. Telefónica handled a 45 percent jump in data through its network with no increase in energy use. Cogent’s electricity use fell 21 percent even as data traffic increased 38 percent.

Another pitfall, the authors say, is to look at one high-growth sector of the tech industry and assume both that electricity use is increasing proportionally and that it is representative of the industry as a whole.

Computer data centers are a case study. The biggest data centers, from which consumers and workers tap services and software over the internet, do consume huge amounts of electricity. These so-called cloud data centers are operated by companies including Alibaba, Amazon, Apple, Facebook, Google and Microsoft.

What happened, the authors explain, was mainly a huge shift of workloads to the bigger, more efficient cloud data centers — and away from traditional computer centers, largely owned and run by non-tech companies.

The complexity, dynamism and unpredictability of technology development and markets, the authors say, make projecting out more than two or three years suspect. They critiqued a Bitcoin energy paper that projected out decades, based on what they said were old data and simplified assumptions — an approach Mr. Masanet called “extrapolate to Doomsday.”

But Bitcoin, the scientists say, is something different — and a worry. The efficiency trends elsewhere in tech are blunted because Bitcoin’s specialized software churns through ever more computing cycles as more people try to create, buy and sell digital currency.

“It’s a hot spot that needs to be watched very closely and could be a problem,” Mr. Masanet said.

Much is unknown about cryptocurrency mining and its energy consumption. It uses specialized software and hardware, and secrecy surrounds the big centers of crypto mining in China, Russia and other countries.

That may not appear to be much. But all of the world’s data centers — excluding ones for Bitcoin mining — consume an estimated 1 percent of its electricity.

“I think that’s a pretty good, high-value use of that 1 percent,” Mr. Koomey said. “I’m not sure the same is true for Bitcoin’s share.”