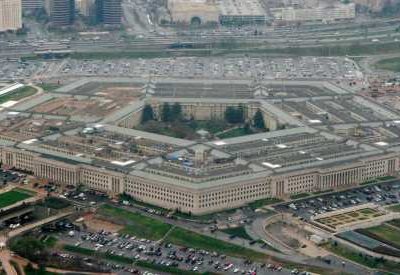 The Defense Department said on Tuesday that it would no longer pursue a lucrative cloud-computing contract that had become the subject of a contentious legal battle amid claims of interference by the Trump administration.

The Pentagon had warned Congress in January that it would walk away from the contract if a federal court agreed to consider whether former President Donald J. Trump interfered in a process that awarded the $10 billion contract to Microsoft over its rival tech giant Amazon, saying that the question would result in lengthy litigation and untenable delays.

The Defense Department said Tuesday in a news release that the contract for the Joint Enterprise Defense Infrastructure, known as JEDI, “no longer meets its needs,” but it would solicit bids from Amazon and Microsoft on future cloud-computing contracts.

The 10-year JEDI contract was awarded to Microsoft in 2019 after a fight among Amazon and other tech giants for the deal to modernize the military’s cloud-computing systems.

But Amazon sued to block the contract, arguing that Microsoft did not have the technical capabilities to fulfill the military’s needs and that the process had been biased against Amazon because of Mr. Trump’s repeated criticisms of Amazon’s founder, Jeff Bezos, who also owns The Washington Post.

The Washington Post aggressively covered the Trump administration, and Mr. Trump referred to the newspaper as the “Amazon Washington Post” and accused it of spreading “fake news.”

Mr. Trump said other companies should be considered for the JEDI contract, and Amazon argued he used “improper pressure” to sway the Pentagon as it selected a technology vendor. An Amazon spokesman did not immediately respond to a request for comment.

The Defense Department said Mr. Trump had not played a role in the decision. Microsoft said that Amazon’s claims of bias lacked evidence and that it was prepared to provide the necessary technology to the military.

This is a developing story. Check back for updates.