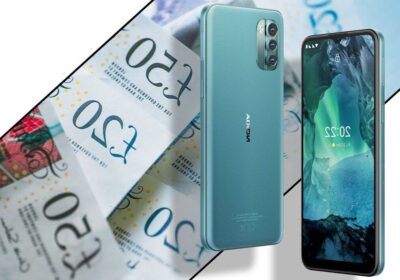 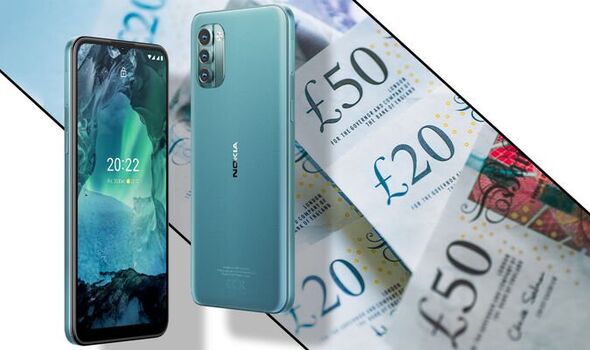 Nokia caused a storm when it unveiled its all-new Nokia G11 handset, which packs a monumental three-day battery life and a price tag of just £119, earlier this year. For anyone who pocketed a Nokia 3310 in the earlier noughties, the G11 promises a similarly epic battery life and durability. Of course, three days between charges isn’t quite as good as the month-long battery life that the original 3310 could muster, but it still comfortably beats the day-long battery that modern smartphone owners have become accustomed to.

While £119 is already pretty affordable compared to the latest flagship Samsung, Google and Apple handsets, there is a way to make owning this new Nokia smartphones even more affordable. Mobile network O2 is currently offering the handset from just £14.75 a month with no upfront cost. For that, you’ll get the Nokia G11 with its 90Hz high refresh-rate display, triple-camera, and face unlock, with 2GB of mobile data each month, unlimited text messages and unlimited calls.

Better yet, if you’re signed up with Virgin Media for your home broadband, O2 will double your mobile data allowance from 2GB to 4GB each month at no cost. You’ll also benefit from O2 Priority, which offers early access to tickets for some of the biggest concerts – including those at the O2 Arena in London, as well as free coffees each week from Cafe Nero, and other discounts on food and drink. O2 will also thrown in a one-month subscription to Disney+ for free.

O2 charges £2.75 for the handset, which is on a 36-month contract. By the end of that term, you’ll have paid £99 for the smartphone – that’s £20 less than buying the G11 outright from Nokia. The remaining £12 of your monthly outgoings is for the mobile data, minutes and texts. This contract lasts for 24-months. After that, you’ll need to buy a SIM-only plan from another mobile network, or pick a new deal from O2 to continue to be able to call, text and go online with your G11.

If you want to unlock even bigger savings, O2 lets new customers trade-in their old smartphone to save on their monthly bills.

Nokia, which is owned and operated by HMD Global, has promised more security updates than the competition to help keep important data stored on its devices fully protected. In the past, affordable Android handsets have been quickly abandoned by manufacturers, leaving them without the latest security patches, bug fixes, and more. As such, these affordable smartphones have become a false economy – something that Nokia desperately doesn’t want to happen with its lineup.

Speaking about its plans to continue supporting affordable handsets for years to come, Florian Seiche, CEO at HMD Global, said: “We continue to push boundaries in the mid-range segment providing affordable, secure and competitive technology for all. We’re delighted to unveil two new heroes from our heartland G-series, the Nokia G11 and Nokia G21.

“The two devices epitomise the durability and long-lasting battery life qualities Nokia phones became famous for all those years ago. This combined with the best of Android software, and more security updates than the competition within this price category, cements our vision for 2022 and beyond – as we continue to build phones that last for longer.”

The Nokia G11 went on-sale in March for £199 SIM-free and is available in Charcoal (dark grey/ black) and Emotional Ice (white/greeny blue) colourways.

This incredible monthly plan puts Nokia’s impressive G11 – with its 3-day battery life, triple-camera, face unlock – in your pocket for less than £15 a month. For that, you’ll get unlimited calls, text messages, and 2GB of mobile data – which should be enough for WhatsApp messages, Google Maps, a few podcasts