If you've lost count of the number of the times this year that US President Donald Trump has lobbed Twitter bombs at Amazon.com and its founding chief executive Jeff Bezos, the answer is six.

If you thought Bezos would respond in his annual letter to Amazon’s shareholders and defend the company that made him the world's wealthiest man, you're out of luck. 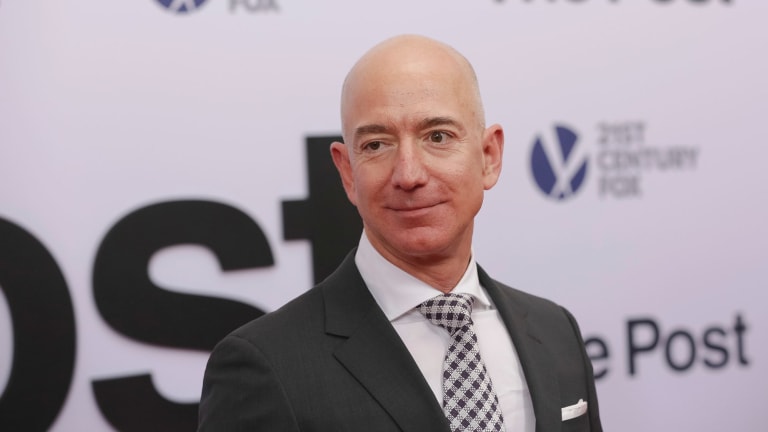 Jeff Bezos says it takes most people six months of training to be able to do a perfect handstand.

Bezos, who, separate from Amazon, also owns the Washington Post newspaper, steered clear of the one-sided clash with the President. He stuck to his traditional script about obsessing over customers, sprinkled with a fresh reference about how it takes most people six months of training to be able to do a perfect handstand.

Trump has blasted Amazon from his Twitter pulpit, including a March 29 broadside: "I have stated my concerns with Amazon long before the Election. Unlike others, they pay little or no taxes to state & local governments, use our Postal System as their Delivery Boy (causing tremendous loss to the U.S.), and are putting many thousands of retailers out of business!"

The absence of any mention of the President's criticisms didn't surprise those who have watched Amazon closely for years.

Bezos uses the letter to reinforce investor faith in his long-term investment strategy and to highlight successes that have been years in the making.

This year's big reveal – that Amazon has surpassed 100 million Prime members worldwide – suggests Trump's attacks are but a temporary distraction for a company looking for business far beyond the US.