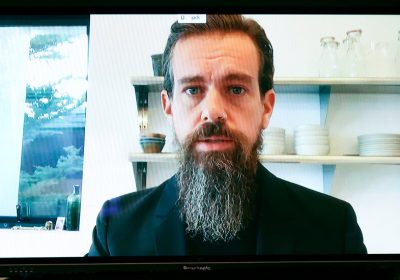 The moves were an unprecedented rebuke of Mr. Trump by the social media companies, which have long been megaphones for the president.

Twitter said Mr. Trump’s account would remain locked for 12 hours and the ban could be extended if several of his tweets that rejected the election results and appeared to incite violence were not deleted. Mr. Trump’s account will be permanently suspended if he continues violating Twitter’s policies against violent threats and election misinformation, the company added.

This means that the account of @realDonaldTrump will be locked for 12 hours following the removal of these Tweets. If the Tweets are not removed, the account will remain locked.

Twitter said the risks of keeping Mr. Trump’s commentary live on its site had become too high. “Our public interest policy — which has guided our enforcement action in this area for years — ends where we believe the risk of harm is higher,” a spokesman said.

Facebook later followed by barring Mr. Trump from publishing on the social network for 24 hours after finding that he had violated the company’s rules with two posts, a Facebook spokesman said. Instagram, the photo-sharing site owned by Facebook, said it would also lock Mr. Trump’s account for 24 hours.

The actions followed a torrent of criticism aimed at social media companies for their role in spreading misinformation and being a bullhorn for Mr. Trump after a pro-Trump mob stormed the Capitol building on Wednesday and halted the certification of Electoral College votes. For years, Mr. Trump had built his influence with posts on Twitter and Facebook. Since losing November’s election, he had used the platforms to challenge the election results and call them fraudulent.

On Twitter on Wednesday, users called for the company’s chief executive, Jack Dorsey, to take down President Trump’s account. Civil rights groups said action by social media companies against calls for political violence was “long overdue.” Even venture capitalists who had reaped riches from investing in social media urged Twitter and Facebook to do more.

“For four years you’ve rationalized this terror. Inciting violent treason is not a free speech exercise,” Chris Sacca, a tech investor who had invested in Twitter, wrote to Mr. Dorsey and Facebook’s chief executive, Mark Zuckerberg. “If you work at those companies, it’s on you too. Shut it down.”

Twitter, Facebook and others had previously resisted cracking down on Mr. Trump’s posts and other toxic content, saying that the posts were in the public’s interest. While the platforms had started taking more steps against political misinformation in the months before the election, they declined to remove Mr. Trump’s messages and instead took half measures, such as labeling his posts.

So when violence broke out in Washington on Wednesday, it was, in the minds of longtime critics, the day the chickens came home to roost for the social media companies. After the onslaught of criticism began, Twitter and Facebook started removing several of Mr. Trump’s posts from their sites, including one where the president falsely said that “a sacred landslide election victory” had been “unceremoniously & viciously stripped away.”

“We know the social media companies have been lackadaisical at best” at stopping extremism from growing on their platforms, said Jonathan Greenblatt, director of the Anti-Defamation League. “Freedom of expression is not the freedom to incite violence. That is not protected speech.”

Renee DiResta, a researcher at the Stanford Internet Observatory who studies online movements, added that the violence was the result of people operating in closed social media networks where they believed the claims of voter fraud and of the election being stolen from Mr. Trump.

“This is a demonstration of the very real-world impact of echo chambers,” she said. “This has been a striking repudiation of the idea that there is an online and an offline world, and that what is said online is in some way kept online. I hope that this eliminates the conception from people’s minds.”

YouTube also said on Wednesday that it would not tolerate calls for violence on their sites. The video site said it removed multiple live streams that showed participants storming the Capitol building carrying firearms. It also said it would elevate authoritative news sources on its home page, search results and in recommendations.

Mr. Zuckerberg said in an internal memo to employees that he was “saddened by this mob violence,” according to a copy reviewed by The New York Times. He said Facebook had stepped up the moderation of Mr. Trump’s comments because the situation was “an emergency.”

“The peaceful transition of power is critical to the functioning of our democracy, and we need our political leaders to lead by example and put the nation first,” Mr. Zuckerberg wrote.

Mr. Trump also told his supporters to go home in a video that he posted on multiple social media sites on Wednesday afternoon. “You have to go home now. We have to have peace. We have to have law and order,” he said, while repeating false claims that the election had been stolen from him.

Critics said the moves by Facebook, Twitter and YouTube were too little, too late, after calls for violence and plans for protests had already spread on the platforms.

On Facebook, protesters had openly discussed what they aimed to do in Washington on a Facebook page called Red-State Secession for weeks. The page had asked its roughly 8,000 followers to share addresses of perceived “enemies” in the nation’s capital, including the home addresses of federal judges, members of Congress and prominent progressive politicians.

Comments left on the page often featured photos of gun and ammunition, along with emojis suggesting that members of the group were planning for violence. One post on Tuesday said people should be “prepared to use force to defend civilization.” Several comments below the post showed photos of assault rifles, ammunition and other weapons. In the comments, people referred to “occupying” the capital, and taking action to force Congress to overturn the results of the elections.

Facebook said it removed Red-State Secession on Wednesday morning. Before it was taken down, the page directed followers to other social media sites like Gab and Parler that have gained popularity in right-wing circles since the election. 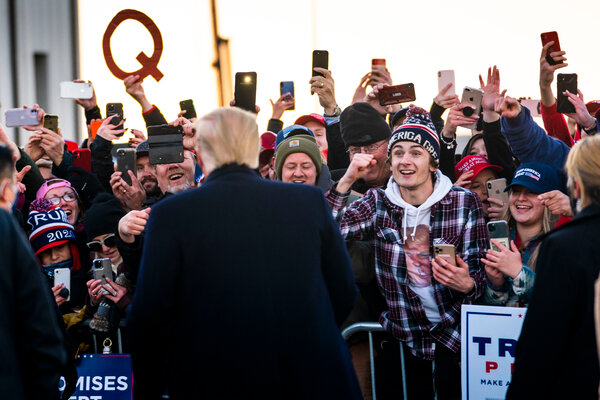 Those alternative social media sites were rife with Trump supporters organizing and communicating on Wednesday. On Parler, one trending hashtag was #stormthecapitol. Many Trump supporters on the sites also appeared to believe a false rumor that Antifa, a left-wing movement, was responsible for committing violence at the protests.

“WAKE UP AMERICA, IT’S ANTIFA and BLM operatives who are committing the violence, NOT TRUMP SUPPORTERS!,” said one Parler account member called @Trumpfans100, offering no evidence for the claims.

Officials at Parler did not immediately respond to a request for comment.

Over the past year, Facebook and Twitter had stepped up efforts to moderate Mr. Trump’s account, though they have stopped short of taking down his posts. Twitter began adding labels to Mr. Trump’s false and misleading tweets last year and has prevented users from sharing the posts to limit their spread. Facebook has also attached labels to some of Mr. Trump’s posts, redirecting users to reliable and accurate data.

When Mr. Trump leaves office, the companies may have a freer hand. On Twitter, Mr. Trump had largely enjoyed exceptions to its rules because the company has said it considers posts from world leaders to be in the public interest. But Twitter has said that after Mr. Trump is no longer president, he will be treated like a regular user.

“This level of insurrection should not exist, whether it is on the Twitter platform from the president, or whether it’s on Facebook, which allows people to recruit and carry out these types of dangerous activities,” Derrick Johnson, president and chief executive of the N.A.A.C.P., said in an interview.