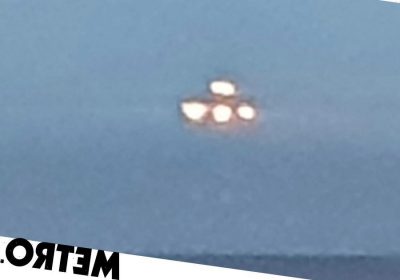 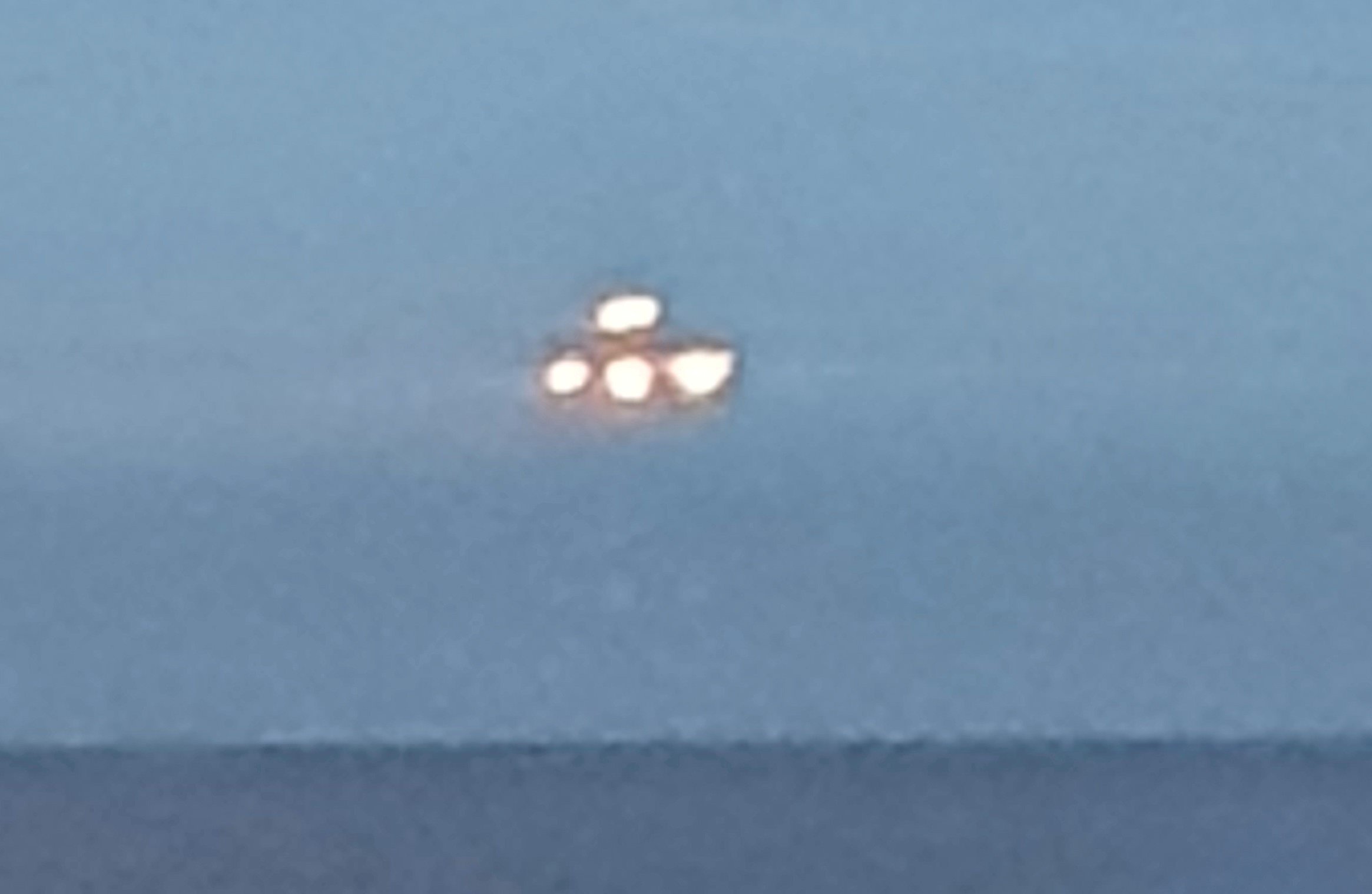 A student was left shocked after spotting a large UFO hovering ‘for ten seconds’ over the Devon seafront.

The mature student managed to whip out his phone to take a picture but within seconds the suspect object whizzed off into the distance.

Matthew, from Teignmouth, Devon, said: ‘I couldn’t help but see it. My kitchen window gives a great view of the sea so when it came across the horizon.

‘It wasn’t moving like a plane would. It was moving a lot slower and went up and down for a bit before hovering a good ten seconds.

‘It stayed in one spot long enough for me to pull out my phone and get those snaps. Then it quickly zoomed off at some speed and I couldn’t see it anymore.

‘The light was really bright. I just didn’t know what it could be so I decided to take a picture.

‘I’m not quite losing my marbles yet. But it’s hard to place it so I suppose it is an unidentified flying object.’

The sighting comes just a few days after National UFO Day – which was on Friday – but it’s intriguing nonetheless.

Flying aerial phenomena is a hot topic right now after the US government released an intelligence report saying there are things in the sky it can’t explain.

Unfortunately, the British government has no plans to do the same and disclose what it knows about possible UFO recordings.

Responding to questions asked in the House of Lords last week, Baroness Goldie responded on behalf of the MoD that the government ‘holds no reports on unidentified aerial phenomena’.

She added: ‘The MoD deals with actual threats substantiated by evidence. The government continues to take any potential threat to the UK seriously.’

Lady Goldie also told the Lords: ‘The MoD has no plans to conduct its own report into UAP because in over 50 years no such reporting had indicated the existence of any military threat to the United Kingdom.’

One Tory peer, Viscount Ridley, said: ‘Unidentified does not mean suspicious. Does the minister recognise the US report referred to says there is no clear indication that there is any non-terrestrial explanation for the 144 sightings?’

‘The idea that in an era of mobile phone cameras, drones and frequent travel there could possibly be alien spaceships whizzing about undetected in our atmosphere on a regular basis is not I think very plausible.

‘It’s much more likely that these blurred images have boring explanations, alas.’

Lady Goldie said in response: ‘The UK air defence community detect and monitor all flying air systems 24 hours a day to provide an identified air picture as part of the UK’s national security posture and our commitment to the integrity of Nato airspace.’