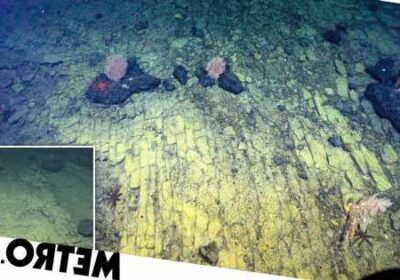 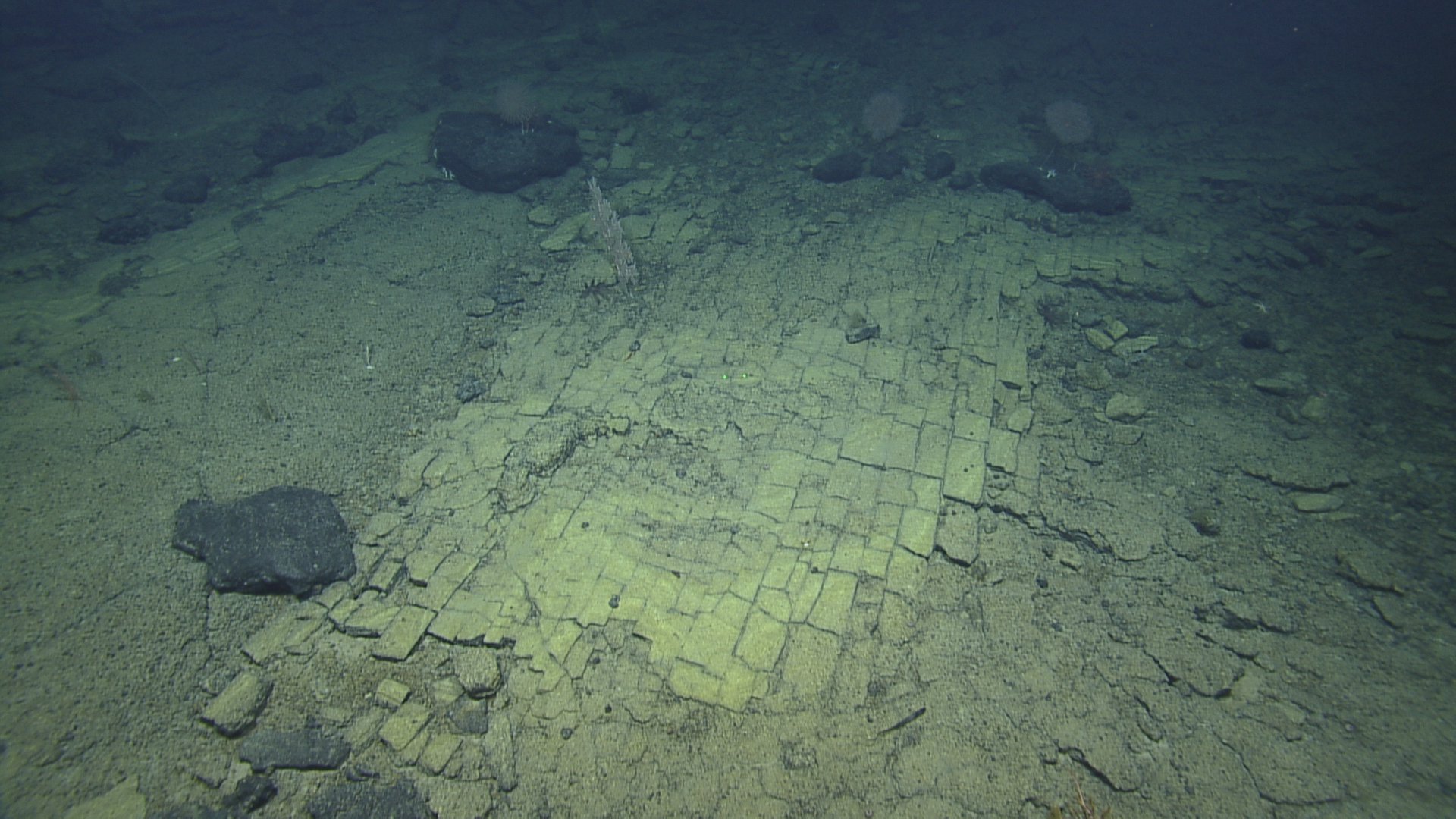 If the mythical underwater city Atlantis actually existed, what would the entrance to it look like?

Possibly like this incredible rock formation recently discovered beneath the waves off the coast of Hawaii.

Seemingly a hidden path to a lost metropolis, the cobblestone-like formation is actually a result of ancient volcanic geology on the ocean floor.

It was found in the Papahānaumokuakea Marine National Monument (PMNM) in the Pacific Ocean. Which, if you’re not familiar with it, is one of the largest marine conservation areas in the world.

The formation was discovered by deep-sea researchers at the Ocean Explorer Trust.

Each day, the organisation provides live footage of their journey scouring the ocean floor as part of the E/V Nautilus project.

A highlight reel of their recent efforts published on YouTube captures the moment they stumbled across the underwater pathway.

‘It’s the road to Atlantis,’ a researcher on the radio can be heard exclaiming.

‘The yellow brick road?’ another voice countered, referencing the famous pathway from the Wizard of Oz.

‘This is bizarre,” added another member of the team. ‘Are you kidding me? This is crazy.’

According to the team, the mythical ‘road to Atlantis’ is actually a ‘dried lake bed’ formation, now identified as a fractured flow of hyaloclastite rock (a volcanic rock formed in high-energy eruptions where many rock fragments settle to the seabed).

‘The unique 90-degree fractures are likely related to heating and cooling stress from multiple eruptions at this baked margin,’ the team wrote.

Nautilus spent most of April studying the geology and biological systems of ‘seamounts’ – underwater mountains with volcanic origins.

This rock formation was discovered at the Liliʻuokalani Ridge inside the 600,000-square mile Papahānaumokuakea Marine National Monument.

Meanwhile, Atlantis itself – first described by Greek philosopher Plato 2,400 years ago – remains the stuff of legend.