A libertarian think tank has accused the Coalition of abandoning free speech and giving bureaucrats power to determine truth online in a fresh attack against the federal government’s planned social media misinformation laws.

The Morrison government earlier this year unveiled plans to give the media regulator, the Australian Communications and Media Authority, power to create and enforce misinformation codes of practice that could force social media giants to pull down posts deemed harmful or false.

But the Institute of Public Affairs, a free-market organisation typically aligned with the Coalition on many issues, has sharply criticised the proposal, amid a growing global debate about free speech on social media platforms and more broadly, the regulation of tech giants. 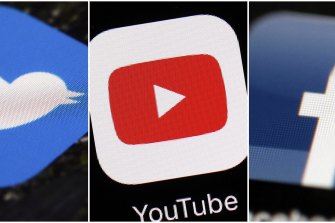 Social media companies already have a voluntary code against misinformation, but the government wants to ensure it has force.Credit:AP

“The broad powers to be given to ACMA hand them the keys to encourage platforms to act beyond the commitments of the code and kickstart an era of unprecedented internet censorship,” IPA legal program director Morgan Begg writes in a letter to MPs seen by The Sydney Morning Herald and The Age.

“Elon Musk’s commitment to make Twitter a digital public square for free expression won’t count for much in Australia if [Communications Minister] Paul Fletcher is allowed to censor the internet anyway,” said Begg, who is also critical of Labor’s position on the idea.

Fletcher unveiled the proposal, which will go through consultations before legislation is introduced to Parliament in the second half of the year if the government is returned, following a report by the authority found gaps in how Australia tackles misinformation.

False content online has been in the political spotlight during the pandemic, with bogus claims circulating about treatments for COVID-19 and the efficacy of vaccines. Russian state media has also uncritically reported falsehoods about the war in Ukraine, such as claims from the Kremlin that it had sent in soldiers to fight Nazism.

As well as letting ACMA enforce or create standards if the industry fails to do so, the regulator would be allowed to demand figures about the spread of information on social media companies and participate in a working group with the industry.

A spokesman for the minister said the laws were not about the government determining what is true and would not compromise freedom of speech. “As it currently stands, private multinational companies are making decisions about what is or is not true,” the spokesman said.

“It is appropriate for a democratically elected Government to have the power to ask for information about how information consumed by Australians is being managed, and to intervene if there is a risk of the safety of Australians,” he said.

“Our laws are as much about protecting free speech as managing harmful disinformation, which can create public confusion, undermine democratic processes, and silence or obscure the voices of Australians.”

Industry group DIGI, which represents tech giants including Facebook, Twitter and Google, released a voluntary code on misinformation and disinformation last year. It commits signatories to reduce the risk of "harms", which are only fuzzily defined to include things like voter fraud or damage to public health, by adopting scalable measures on their platforms.

The IPA argues that the code’s aims are so vague and broad that the authority could be put in a position of adjudicating the truth or falsity of contentious claims — some of which are initially accepted as true but later proven false. Begg pointed to disputes around pandemic restrictions and the authenticity of material on the laptop of US President Joe Biden’s son Hunter’s laptop as areas where established “truths” had later been disproven.

The libertarian think tank also fiercely opposed the Gillard government’s sweeping media reforms in the early 2010s that would have required traditional media companies to have enforceable complaints schemes.

A Labor spokeswoman said regulation to tackle misinformation was important and attacked the government for waiting almost three years since the Australian Competition and Consumer Commission recommended an enforceable code.

“The ACMA has long regulated content on broadcast platforms, and the eSafety Commissioner regulates content on online platforms, but government regulation of freedom of expression must always be approached with care and we expect any proposals for extending the ACMA’s remit will be subject to rigorous analysis and consultation,” the spokeswoman said.

Human Rights Commissioner Lorraine Finlay, whose areas of responsibility include freedom of speech, declined an interview request or to answer written questions.