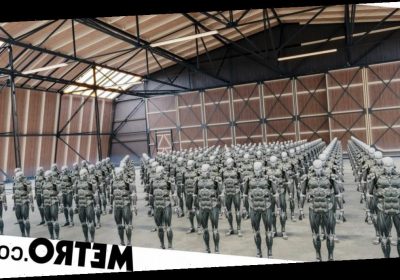 A United States government-appointed panel has advised the US congress not to ban the use or development of autonomous weapons powered by artificial intelligence (AI), in a draft report

Its Vice Chairman Robert Work, a former deputy secretary of defense, said autonomous weapons are expected to make fewer mistakes than humans do in battle, leading to reduced casualties or skirmishes caused by target misidentification.

‘It is a moral imperative to at least pursue this hypothesis,’ he said.

The discussion waded into a controversial frontier of human rights and warfare. For about eight years, a coalition of non-governmental organizations has pushed for a treaty banning ‘killer robots,’ saying human control is necessary to judge attacks’ proportionality and assign blame for war crimes. Thirty countries including Brazil and Pakistan want a ban, according to the coalition’s website, and a United Nations body has held meetings on the systems since at least 2014.

While autonomous weapon capabilities are decades old, concern has mounted with the development of AI to power such systems, along with research finding biases in AI and examples of the software’s abuse.

The U.S. panel, called the National Security Commission on Artificial Intelligence, in meetings this week acknowledged the risks of autonomous weapons. A member from Microsoft Corp for instance warned of pressure to build machines that react quickly, which could escalate conflicts.

The panel only wants humans to make decisions on launching nuclear warheads.

Still, the panel prefers anti-proliferation work to a treaty banning the systems, which it said would be against U.S. interests and difficult to enforce.

Mary Wareham, coordinator of the eight-year Campaign to Stop Killer Robots, said, the commission’s ‘focus on the need to compete with similar investments made by China and Russia … only serves to encourage arms races.’

Beyond AI-powered weapons, the panel’s lengthy report recommended use of AI by intelligence agencies to streamline data gathering and review; $32 billion in annual federal funding for AI research; and new bodies including a digital corps modeled after the army’s Medical Corps and a technology competitiveness council chaired by the U.S. vice president.

The commission is due to submit its final report to Congress in March, but the recommendations are not binding.