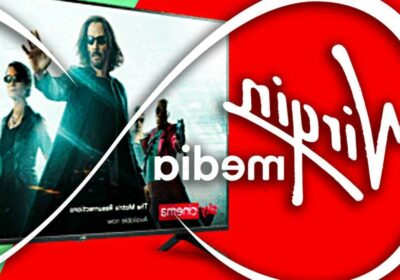 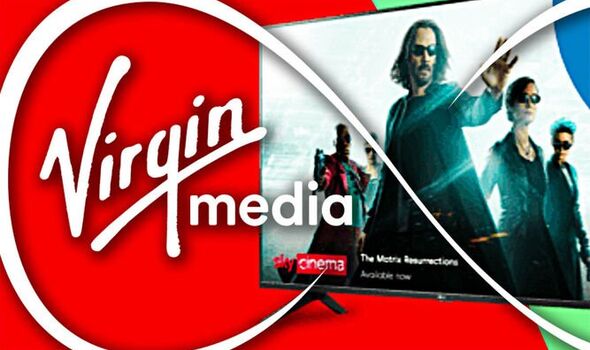 Virgin Media is running an incredible limited-time offer which gives away a free LG 4K TV worth £479.99 when customers sign up to a new broadband, TV and landline package. The deal, which is only available to new Virgin Media customers, launched at the start of the week and is available when people sign up to get one of four broadband, TV and phone bundles priced from £62 a month. Anyone thinking of picking up this incredible Virgin Media offer needs to act quickly though as the deal runs out after today.

Virgin Media is running an incredible money-saving deal which offers a free LG 4K TV – worth over £470 – when you sign up for three of its popular plans.

There are four different bundles available which come with a free LG 4K TV thrown in as an added bonus for new customers.

All of the plans run for 18 months, require a £35 set-up fee and will give you access to the Virgin Media TV 360 box which lets you pause and rewind live TV as well as set up series links so you never miss an episode of your favourite show.

The feature-packed TV 360 Box will also let you access your favourite streaming apps such as Netflix, Prime Video or YouTube all in one place.

The cheapest bundle which comes with a free LG TV is the Bigger bundle + Movies package that is £62 a month.

This offers access to the M100 Fibre broadband (which offers 108Mbps average download speeds), access to Sky Cinema as well as over 200 other channels plus unlimited weekend calls to UK landlines and Virgin Mobile numbers.

If you’re more into sports then films you may want to consider the Bigger bundle + Sports plan instead which is £72 a month.

Virgin Media outline the features of their 360 TV remote

This package, which also is eligible for LG freebie, also includes the same broadband and landline service as the Bigger bundle + Movies deal.

But instead of getting Sky Cinema you’ll get Sky Sports plus around 195 TV channels.

The two most expensive plans which come with a free LG TV are the Ultimate Volt bundle and Biggest TV bundle.

Ultimate Volt is priced at £85 a month but offers subscribers tonnes of goodies. 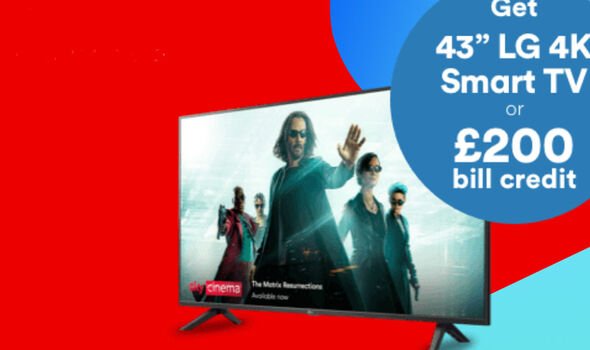 If you’re not able to get Gig1 broadband in your area you may want to opt for the Biggest TV bundle which costs £87 a month.

This offers the M100 broadband instead plus access to Netflix, Sky Sports, Sky Cinema, over 210 TV channels and unlimited weekend calls.

It’s worth pointing out too that all of the four Virgin Media plans we’ve mentioned also offer access to every BT Sport channel.

So you’ll be able to tune into live Premier League, Champions League, Europa League, Ligue 1 and Serie A matches as well as WWE, MotoGP and UFC coverage plus much more.

Virgin Media is running an incredible money-saving deal which offers a free LG 4K TV – worth over £470 – when you sign up for three of its popular plans.