Home » Technology » What is shadow banning? And what do social platforms say about it?

What is shadow banning? And what do social platforms say about it? 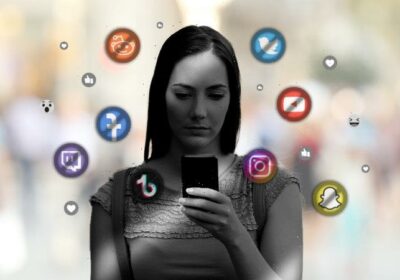 All around the world, on all sides of the political spectrum, shadow banning is getting a bad rap. What is it?

There’s a phrase that has floated around the social media zeitgeist in the past few years, steadily becoming more and more common. Intriguingly, while the phenomenon has been widely reported by social media users, its actual existence is hard to confirm.

It most recently popped when Palestinian-American supermodel Bella Hadid accused Instagram of shadow banning her, after she shared footage at the weekend of the Israeli-Palestine conflict to her feed. But it’s also something that Republicans have reported occurring on Twitter, and Black creators have called out TikTok for the same thing.

All around the world, on all sides of the political spectrum, shadow banning is getting a bad rap. What is it? 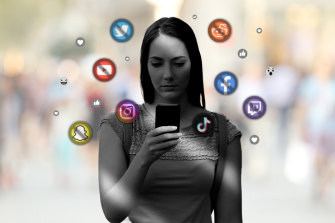 What is shadow banning?

If a user is shadow banned, their posts are shown to none, or very few, of their followers or potential new audiences. And they’re never told it’s going on, hence the “shadow”.

But it’s the secrecy that is the difference between typical moderation like that and shadow banning. It’s when social media platforms hide, censor or moderate content without making it clear why they’re doing it that makes it a shadow ban. (Social media companies say they do not shadow ban; more on that later.)

Users who say they have been shadow banned – which they will typically notice through a decline in viewership or engagement – will not be told by the platform or be given a reason why.

So, what are some examples of shadow banning?

On TikTok, the #shadowbanned hashtag has been viewed more than 17.9 billion times. Users claim that after posting particular content, their videos no longer come up on TikTok’s For You Page, the site’s discovery feed, which is vital for growing audiences on the app.

A Vice article reported in 2018 that Twitter had limited the visibility of certain Republicans in search results. The article found that when typing particular Republican’s names into the search bar, the account would not show up.

Caitlyn Jenner, the Olympic medallist who appeared on Australia’s Big Brother VIP celebrity series, said that she was shadow banned by Twitter after signing up as a contributor for Fox News in March. “My engagements went down dramatically, and I was absolutely shocked.”

Comedian Ari Shaffir claimed he was shadow banned from Instagram in 2019. “Dear @instagram, I know you’ve said shadow banning is not a real thing but I have clearly been shadow banned,” Shaffir wrote in a caption beneath this post, below, which shows him searching for and not finding his account on the platform.

In 2021, a research article reported Instagram’s history of censoring women.

“Throughout 2019 and 2020, Instagram used shadowbans to hide pictures and videos they deemed inappropriate without deleting them, preventing freelancers, artists, sex workers, activists, and largely, women, from reaching new audiences and potentially growing their pages,” the article reported.

What do the social media companies say about it?

Despite the wide reporting of shadow banning from users, most social media companies deny using the practice.

When Donald Trump accused Twitter of shadow banning Republicans in 2018 after Vice’s article, Twitter published a blog post. Titled “Setting the record straight on shadow banning”, Twitter said that they outright “do not shadow ban”.

“You are always able to see the tweets from accounts you follow (although you may have to do more work to find them, like go directly to their profile). And we certainly don’t shadow ban based on political viewpoints or ideology,” the blog post wrote.

That same year, Instagram CEO Adam Mosseri followed suit and said that shadow banning was not a “real thing”.

The closest admission to using shadow banning was in 2020, when TikTok apologised to its Black users, after it was reported that content surrounding the Black Lives Matter movement was being under-prioritised by its algorithm (the complicated automated process that ranks and organises content).

“A technical glitch made it temporarily appear as if posts uploaded using #BlackLivesMatter and #GeorgeFloyd would receive 0 views,” they said.

“We acknowledge and [apologise] to our Black creators and community who have felt unsafe, unsupported, or suppressed,” TikTok wrote in a blog post.

Let’s go back to Bella Hadid. Because Instagram is algorithm-based, users’ feeds are ordered by how likely they are to interact with that post. So, by this line of argument, the reason that Hadid’s posts had a one million drop-off in engagement was because the algorithm decided that users were unlikely to engage with these recent posts she was sharing, rather than Instagram blocking the content.

Why is it complicated?

Before AI and algorithms, content moderation relied on users reporting posts that were inappropriate. It made moderation passive in nature – the assumption was that unless users reported the content, it was acceptable.

But now with algorithmic censorship, social media platforms can intervene and suppress any content that their algorithm deems as inappropriate – before it’s reported by users.

Jennifer Cobbe, a senior research associate at the University of Cambridge’s Department of Computer Science and Technology, says in a research article that because of social media platforms’ increasing responsibility to act as intermediaries between users and the content published, they are “increasingly adopting automated approaches to suppressing communications that they deem undesirable”.

So, whether or not shadow banning is a real practice used by social media platforms, the answer to the problem is best answered by Instagram CEO himself: “We need to be more transparent about why we take things down when we do, work to make fewer mistakes – and fix them quickly when we do – and better explain how our systems work.”

Until then, the social media folklore of shadow banning will only continue to grow.