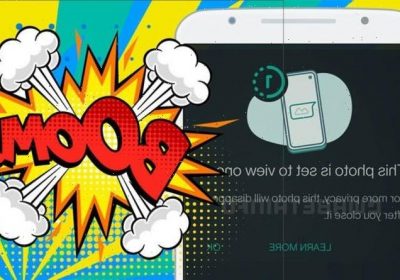 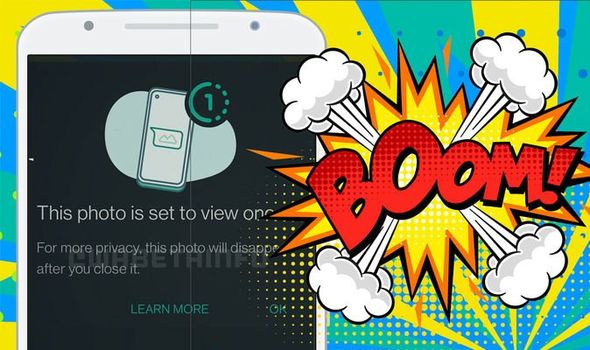 WhatsApp is once again taking a leaf out of Snapchat’s books. Last year the Facebook-owned chat app released its highly anticipated disappearing messages feature. Snapchat users have long enjoyed this type of ephemeral messages – but WhatsApp’s take on the feature had messages sticking around for longer.

Whereas most messages in Snapchat are viewed once and then disappear, WhatsApp’s disappearing messages stuck around for seven days – even after they had been viewed.

If you were sending something sensitive over WhatsApp, and want it automatically deleted ASAP, that’s probably longer than you’d like for the messages to stick around.

Thankfully though, WhatsApp looks to be addressing this issue.

The latest beta version of WhatsApp for Android has added a new feature called Expiring Media.

This lets WhatsApp users send photos or videos that once viewed immediately disappear from the chat after you close it.

The feature is available to all Android beta testers right now, which means a release date for the general public could be round the corner.

The latest beta build for WhatsApp Android has also revealed a few other interesting details about the Expiring Media feature.

If you send someone a photo or video that is meant to be viewed once on WhatsApp, you’ll get a notification when they’ve opened it.

You will also be able to send view once messages to people that haven’t enabled the Expiring Media option, with the feature still working for them.

View once messages can also be sent to groups, and you’ll be able to see who has opened it in the Message info section. 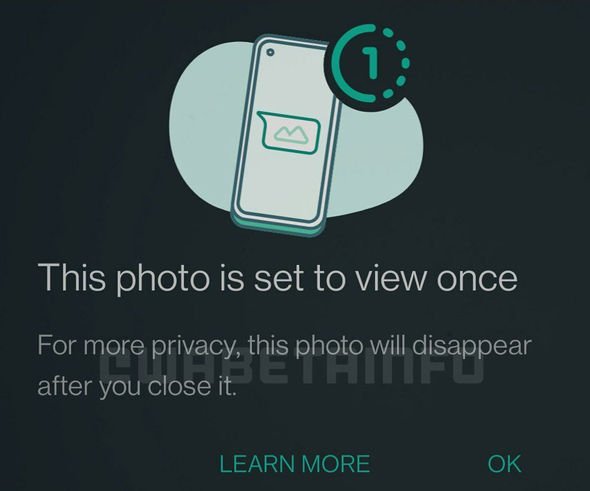 However, be warned – if you have blocked contacts in a group that you send an Expiring Media message to they’ll still be able to view it.

And just because WhatsApp is introducing this feature, it doesn’t mean there’s no way users will be able to capture whatever is sent.

As WABetaInfo explained in a post online, WhatsApp users who are sent a view once message can still take screengrabs of a photo or video that is sent over.

They can even take video captures of an Expiring Media clip that is pinged across to them.

And if they do take a screenshot or capture video you’ll have no way of knowing as screenshot detection isn’t available in WhatsApp.

So you’ll still need to be careful when it comes to what photos or videos you send across, and who to – even when using the inbound Expiring Media functionality.

The view once messages are an extension of the disappearing messages suite of functionality WhatsApp introduced in 2020.