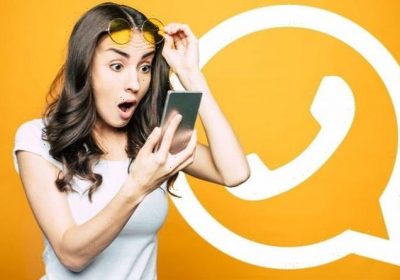 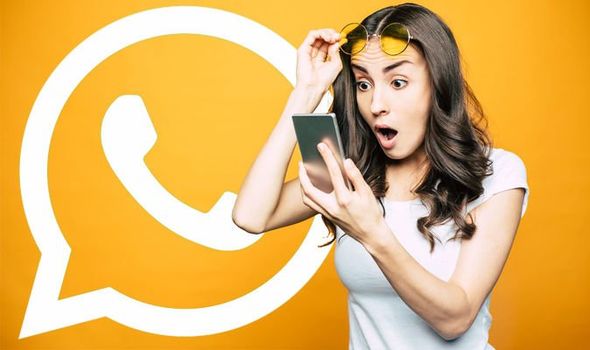 WhatsApp doesn’t lag behind its rivals in many departments, but there’s one area that Telegram trumps the Facebook-owned chat app. Telegram, unlike WhatsApp, allows for multiple user sign-ins on a single device. However this gap in WhatsApp’s CV, which users have been waiting years to be filled, is being addressed.

As reported by WABetainfo, details about the inbound multi-device feature has been revealed in a screenshot the WhatsApp sleuths got hold of.

Unfortunately, the highly anticipated feature doesn’t sound as comprehensive as WhatsApp users had hoped for.

At least to start with.

To begin with, multi-device support will be limited to WhatsApp Web, WhatsApp Desktop and Facebook’s Portal smart display.

So if you were hoping you’d be able to sign in to multiple WhatsApp accounts on your iPhone or Android device when the feature first lands you’re out of luck.

The screenshot WABetaInfo revealed is for a menu screen titled ‘Multi-Device Beta’.

The page says: “Why join the beta? After your devices are linked, your phone will no longer need to stay online to use WhatsApp on web, desktop or Portal.

“Up to 4 additional devices and 1 phone can be used at once.”

WABetaInfo said this feature should roll out to iOS and Android beta testers within the next two months.

However, the site added “performance and quality” niggles may impact the speed of the rollout. 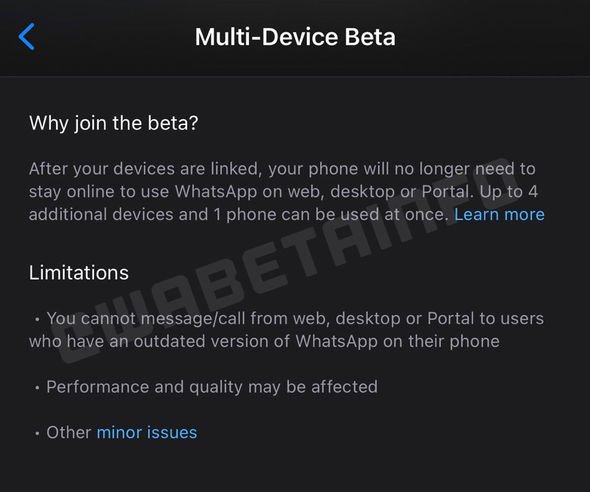 While the first iteration of multi-device sign-in looks like it will fall short of users’ expectations, there’s a chance a future update could add multiple mobile sign-ins.

WABetaInfo said: “But… will the possibility to link a second mobile phone be available in a future update? It must be said that WhatsApp was also working on a log out option, that appears only on linked devices, so it’s really possible to imagine that we will be able to link mobile devices too, in the future, but this first version of multi-device only allows WhatsApp Web, WhatsApp Desktop and Portal to work without an active Internet connection on your phone.”

One of WhatsApp’s big rivals, Telegram, allows for up to three different users to sign in on just one device.

Whereas Signal, which was launched by WhatsApp co-founder Brian Acton, only allows one user per device.