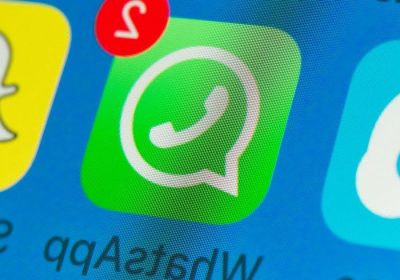 WhatsApp is reportedly set to unveil a cool new tool that will help make embarrassing messaging gaffes a thing of the past.

The feature allows users to review voice messages before sending them.

Currently, it's quite easy to accidentally record and send a voice message with a slip of the finger. That includes instances when you weren't even trying to record a message at all.

But this new feature, which consists of a 'Review' button, should safeguard against those head-in-hands moments.

A new report claims the instant-messaging app has been testing the functionality along with other new features as part of a series of updates. There's no date for when it will be rolled out, although reports claim it could be launched "soon".

WABetaInfo, which discovered the new tool, said it is not yet available to the public or beta tasters.

However, testers can now try out one of the other new features, which allows users to increase the speed of voice messages on its public beta channel – between 1x, 1.5x and twice as fast.

While being able to review audio messages is already available, users need to have another app open while recording in WhatsApp.

"This new feature (currently under development) will add a new Review button that you can easily tap to listen to the voice message,” according to WABetaInfo.

The function is expected to be available on Android mobiles and iPhones.

Users could also be able to move chats between iOS and Andriod systems in the coming months.

The highly-requested feature, which has no release date as yet, is reportedly already being tested on both platforms – and could be extended to work in Facebook Messenger.

As part of its 2.21.80 update, WhatsApp has also launched new photo and video tools, including now being able to get a bigger preview windows in chats.

The feature was initially announced for iOS, but will now be available to Android phone users, too.